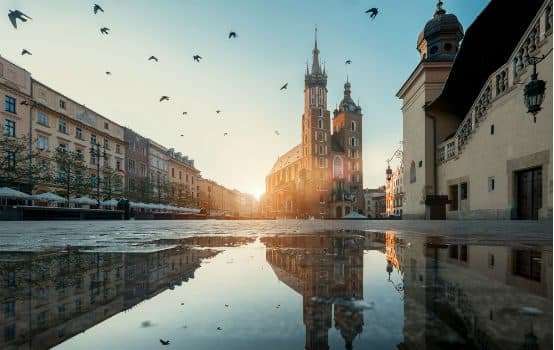 2018 is already shaping up to be a difficult year for the European Union. While Brexit machinations dominate the headlines, the biggest threat to the EU comes at a far more fundamental level. In several of the union’s eastern member states, conservative and populist governments are reasserting their national sovereignty. They perceive the EU’s federalist desire for centralized control and common policies across the bloc as threatening their identities. This friction, combined with a reassertion of Christian identity in these states, could see serious fissures within the EU project.

The escalating tensions between the EU and Poland demonstrate well this clash of values. The European Commission, in an unprecedented act, triggered a “nuclear option” in December, which could cost Poland its EU voting rights and expose it to severe financial penalties. The Commission argues that recent Polish legislation jeopardizes the independence of its judiciary, and is thus discordant with European norms and values. The Polish foreign ministry decried the decision as an “essentially political, not legal” step. The EU’s action is considered provocative—an unwarranted intrusion into a sovereign state by an overbearing Brussels bureaucracy. The ruling Law and Justice Party has since its 2015 election emphasized Polish sovereignty and traditional identity, and is increasingly hostile to EU policy. If current trends continue, this furor could be the catalyst for another member state leaving the bloc.

Hungary, a conservative ally, has promised to veto any such move by the EU against Poland. A senior Hungarian minister described the Commission’s decision as an “unprecedented and astounding” affront to Polish sovereignty. Hungary is proving to be a sharp thorn in the Commission’s side. Prime Minister Viktor Orban is a consistent and outspoken defender of “Christian Europe,” which he contrasts with the weak and limpid secularism embodied by the European elite. Hungarian politicians publicly denounce EU policy, particularly regarding migration and federalism, while Orban openly mocks pretensions of a “United States of Europe.” For Orban and those sympathetic to his position, EU policy is not just a threat to the nation state; it endangers the very core of European identity.

Behind the politics, a deeper division has emerged. The eastern states are reasserting their historic Christian character, much to the chagrin of politicians who see this as incompatible with the modern liberal creed. The head of Poland’s Law and Justice Party, Jaroslaw Kaczynski, wants his nation to show “the sick Europe of today the path back to health, fundamental values, true freedom, and a stronger civilization based on Christianity.” Ancient faith and secular ideology are on a collision course. The intentional exclusion from the EU constitution of Europe’s Christian history was only the beginning of an inevitable clash between worldviews.

For the secular elites of Europe, this religious flourishing is bemusing at best and despicable and parochial at worst. One response has been to dismiss it as an ephemeral spasm of ignorance. When hundreds of thousands of Poles recently prayed the rosary along their nation’s border for “Europe to remain Europe,” the EU responded with accusations of nationalism and Islamophobia. The more perceptive of Christianity’s detractors within the EU project realize that the truths of the faith have the potential to derail all that they believe in and strive for in this world.

The continuing European migrant crisis has exposed deep divisions between the Commission and the eastern states. Poland and Hungary have both been referred to the European Court of Justice after unequivocally refusing to take in migrants under the EU’s mandatory quota system. These governments watched Angela Merkel’s Germany open its doors to well over a million migrants, with the resultant assimilation problems and political fallout, and decided it wasn’t for them, while even in Germany the right-wing populist Alternative for Deutschland (AfD) took 13 percent of the vote in the last election, becoming the first nationalist party to enter the Bundestag in almost 60 years. Kaczynski’s response to this was to state “it is Germany that has to bear the consequences, not Poland.” An impasse has thus been reached, and the fines and legal threats leveled by the EU are being brushed off by states that view its position on migration as threatening the very future of Europe.

Compounding these tensions are fears of corruption at the highest levels of governments. The most corrupt state in the union—Bulgaria—has now ascended to the EU presidency. It will chair major EU meetings and help mold the direction of the bloc. Although Bulgaria has been a member state for more than a decade, it has failed to address widespread allegations of state malfeasance. In a recent report, the chairman of Sofia’s Centre for the Study of Democracy stated that Bulgaria has “reached a stage of state corruption which we describe as state capture.”

Yet for the Commission, even the problem of state corruption has faded into the background. The emergence of conservative governments in the east, unafraid to assert their sovereignty and Christian cultures, is the real threat, and further collision seems inevitable. For the eastern states, the EU now consistently crosses the line with intrusions into their internal political affairs. For all the talk of Brexit, these frictions could prove much more damaging in the long run.

Christopher Akers is a graduate student in Literature and Arts at Oxford University, and an alumnus of Edinburgh University. He is a contributor to The Catholic Thing, and his work has appeared at National Review and Reaction.