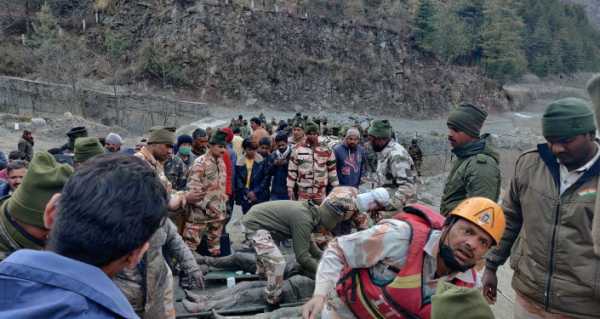 NEW DELHI (Sputnik) – At least 14 people have died as a result of the breaking of the Nanda Devi glacier in India’s northern state of Uttarakhand, Chamoli district police said on Monday.

“The operation to rescue those trapped in the tunnel continues. Attempts are being made to get into the tunnel with the help of construction equipment. So far 15 people have been rescued and 14 bodies have been recovered from various locations,” police wrote on Twitter.

According to the Indian Ministry of Internal Affairs, a glacier descended on Sunday morning  triggering to a rise in the water level in the Rishiganga River that washed away the 13.2 MW Rishiganga hydroelectric power station. The flash flood also impacted the NTPK (India’s largest energy company) hydroelectric project at Tapovan on the Dhauliganga River.

According to the National Disaster Management Authority, 170 likely flood victims are still missing after the disaster.