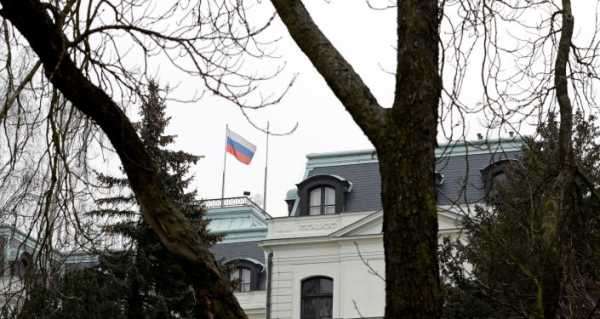 On Saturday, Czech police had reportedly put Petrov and Boshirov on their wanted list. The two men were accused by the UK government of being behind the poisoning of former Russian military intel officer Sergei Skripal in Salisbury in 2018.

A spokesperson for the Czech police told Sputnik that the police could not confirm the link between putting Russian nationals Alexander Petrov and Ruslan Boshirov on wanted list and an explosion at an ammunition depot in Vrbetice in 2014, where two Czech nationals were killed.

According to the statement, the two Russians were supposed to be in the country in October 2014 – first in Prague, and then in the Moravian-Silesian region and the Zlin region. Each of them allegedly used at least two passports.

Petrov and Boshirov are suspected by London of carrying out a nerve agent attack on former Russian military intelligence officer Sergei Skripal and his daughter in UK’s Salisbury in March 2018.

In this Tuesday, March 13, 2018 file photo the combined tower and spire of Salisbury Cathedral stand surrounded by the medieval city where former Russian double agent Sergei Skripal and his daughter were found critically ill following exposure to the Russian-developed nerve agent Novichok in Salisbury, England

On March 4, 2018, Sergei Skripal and his daughter, Yulia, were found unconscious on a bench near a shopping center in the UK’s Salisbury. London has claimed they were poisoned with a military-grade nerve agent called A234 and accused Moscow of staging the attack, which provoked a huge international scandal. London has also said that it suspects Petrov and Boshirov, who the government claims work for Russian intelligence, of carrying out the attack.