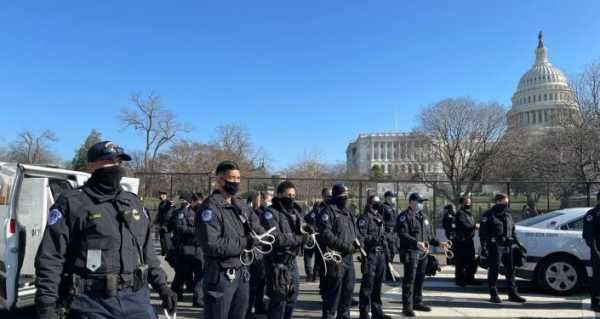 The shift in the lawmakers’ security expenditures purportedly happened after an angry mob of President Donald Trump’s supporters stormed the Congress building on 6 January demanding to cancel the results of the presidential election.

Many of the Democrats and Republicans in the US Congress who voted against Donald Trump during his second impeachment and subsequent trial have ramped up their spending on private security detail since January, Punchbowl News reported, citing documents by the Federal Election Commission. While it is normal for lawmakers to have private security, the media outlet claims that the recent boost in expenditure happened right after the 6 January Capitol riot.

The Republicans are not the only ones who have seen their expenses go up to ensure their own safety. Democrat House member Alexandria Ocasio-Cortez, who was not trapped in the Congress building with the rioters on 6 January, but streamed the events from an office and shared how she feared for her life, has spent a whopping $45,000 on private security since then, according to Punchbowl.

The 6 January riot apparently caught the Capitol Police off guard as the mob stormed the Congress forcing the lawmakers to either evacuate or barricade in the offices and other rooms. The pro-Trump protesters demanded that Congress reject the election results according to which Donald Trump lost his re-election bid. The then-president insisted that the election was rigged, but failed to prove it in the courts.

Following the 6 January events, National Guard was deployed at the Capitol, which itself was fenced off. The fence and the guard have not been removed since even though many congresspeople questioned their necessity months after the riot and Joe Biden’s inauguration. Moreover, the security was only tightened following a ramming attack by a reportedly mentally unstable person, which killed one Capitol Police officer on 2 April.

Trump faced an impeachment trial over accusations from Democrats and some fellow Republicans that he was responsible for triggering the riot. The former president denied his culpability and eventually won the Senate trial. Following his acquittal, Trump vowed to support any Republican candidates running to unseat the “disloyal” senators and House members who voted against their POTUS.