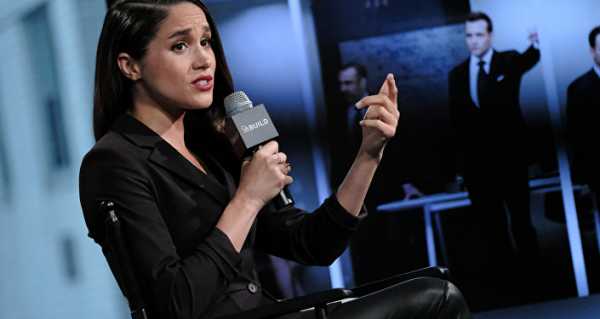 A Buckingham Palace spokesperson announced last week that the pregnant Duchess of Sussex wouldn’t join her husband Harry for Prince Philip’s funeral, upon her physician’s recommendations.

Meghan Markle has sent a handwritten note attached to a wreath to be laid in tribute for the late Prince Philip at his ceremonial funeral codenamed Operation Forth Bridge. The contents of the note haven’t been disclosed.

According to ABC, the wreath was handmade by floral designer Willow Crossley, who also arranged floral decorations for Harry and Meghan’s wedding in 2018, as well as the christening of their son, Archie.

During the service, Harry was seen standing alongside his elder brother, Prince William, and then talking, for the first time since the Duke and Duchess of Sussex stepped down from their senior royal duties and left for the US to lead an independent life there.

The socially distanced ceremony was attended by only 30 people, not counting clergy and pallbearers, with the widowed Queen sitting alone during the church service.

The Duke of Edinburg died on 9 April, aged 99, having left hospital weeks earlier, where he stayed for a month, being treated for an unspecified condition as well as undergoing a heart surgery.

The Sussexes paid tribute to Philip shortly after his death, posting on the front page of their charity Archewell’s website:

“Thank you for your service. You will be greatly missed.”

A eulogy later posted by Harry referred to his grandfather as “a man of service, honor and great humor.”