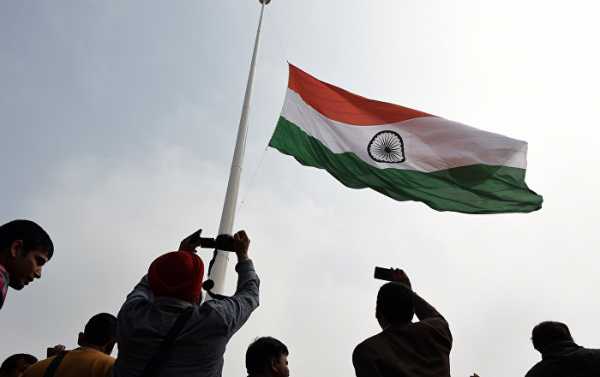 New Delhi (Sputnik): Indian Prime Minister Narendra Modi last week announced a $266 billion economic stimulus package in the wake of the COVID-19 pandemic. The actual fiscal stimulus in the package is about $24 billion, which is less than one percent of the country’s Gross Domestic Product (GDP) – equivalent to India’s total goods and services.

The COVID-19 pandemic and the ensuing lockdown has brought the economic activity to a complete standstill for about two months now. Even as lockdown relaxations have been eased by the Indian Home Ministry, the country’s apex bank, the Reserve Bank of India (RBI) on Friday hinted at negative Gross Domestic Product (GDP) growth in the current financial year, which ends next March.

This represents the first recognition by any Indian government entity of the fact that the country is staring at an economic recession, which is technically two consecutive quarters of negative growth.

Without providing any guidance or range in which the Indian growth will contract in the current financial year due to the pandemic, RBI Governor Shaktikanta Das said,  “GDP growth in 2020-21 is estimated to remain in negative territory, with some pick-up in growth impulses from the second half (October 2020 – March 2021) onwards. Much will depend on how quickly the COVID curve flattens and begins to moderate”.

Experts, however, believe that the fact that there is going to be a recession due to the pandemic is a given. The question is how deep is it going to be?

Indian Prime Minister Modi, in a televised address on 24 March, announced a national lockdown at a four hours’ notice. The economy has remained shut ever since then with some relaxations like allowing factories and industrial units to open up with limited staff.

The Indian railway ministry has also started limited passenger services and the ministry of civil aviation has allowed limited flights to begin operating from 25 May.

Even though the macroeconomic data for April, the first month of the financial year, hasn’t been published yet, the Indian government’s March data on some macro indicators reveals that the crisis is deep.

A week’s lockdown in March completely wiped out the industrial output for month contracting 16.7 percent. This compares with growth of 4.62 percent in the preceding month of February and 2.08 percent in January.

If that is an indication of the severe impact of a seven-day lockdown, Professsor N.R. Bhanumurthy from the National Institute Public Finance and Policy gives us a sneak peek into the depth of recessionary crisis that lies ahead for the Indian economy.

“The current quarter (April-June) and the next two quarters are likely to see negative growth according to studies done by us based on financial modelling. All will depend heavily on the manner in which the macro-economic policies and announcements are implemented. Even with the measures taken through the economic stimulus announced recently, growth will come back only in the fourth quarter of the current financial year (Jan-March 2021),” Bhanumurthy told Sputnik.

Referring to the Modi’s $266 billion economic stimulus package announced on 12 May, Bhanumurthy said even if the benefits of the package are taken into account, the Indian GDP growth will remain zero in the current financial year due to the impact of the package. And, had the Indian government not announced the stimulus, the GDP growth in the financial year 2020-21 would have contracted by at least 12.5 percent.

That said, he also points towards deep recession claiming that even with the stimulus package in place, there is hardly going to be any relief until December.

It is not that the Indian economy was doing great either before the lockdown. Beginning early 2018 the Indian economy had been slowing down with GDP falling almost every consecutive quarter due to the combined impact its financial sector crisis as well as the US-China trade war. From over 8 percent growth in early 2018, the Indian GDP collapsed by almost half to 4.7 in October – December 2019.

“We expect the economic fallout from the coronavirus outbreak to weigh on already fragile household consumption which, coupled with sluggish business activity, will result in a sharp decline in India’s economic growth in fiscal 2020-21,” said Deborah Tan, a Moody’s Assistant Vice President and Analyst.

“Even before the coronavirus outbreak, the economy had already been growing at its slowest pace in six years. Adding the impact from the outbreak, Moody’s now expects India’s real GDP to contract in the fiscal year ending March 2021 (fiscal 2020-21) compared with an earlier projection of zero growth,” Tan added.

The stimulus announced by Prime Minister Modi weighs heavily on sovereign backed funding arrangements for businesses from banks and financial institutions rather than acting as a direct fiscal stimulus.

A key lawmaker from India’s principal opposition party Congress, P. Chidambaram, a former finance minister, has criticised Modi’s stimulus plan saying that government opted for liquidity measures to boost supply at a time when fiscal measures should have been taken to boost demand to revitalise the economy.

Challenges, however, remain for the economy. And RBI Governor Das’s statement sums those up.

“Domestic economic activity has been impacted severely by the 2 months lockdown. The top 6 industrialised states that account for about 60 percent of industrial output are largely in red or orange zones. High frequency indicators point to a collapse in demand beginning in March 2020 across both urban and rural segments. The biggest blow from COVID-19 has been to private consumption, which accounts for about 60 percent of domestic demand. The production of consumer durables fell by 33 percent in March 2020, accompanied by a 16 percent decline in the output of non-durables.”