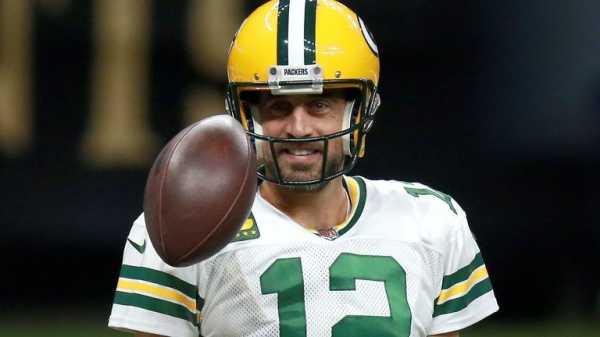 Aaron Rodgers says he’d love to play an NFL International Series game in the UK, with his Packers team the only franchise yet to do so

Green Bay Packers quarterback Aaron Rodgers, in an exclusive interview with Sky Sports NFL presenter Neil Reynolds, speaks of his eagerness to play a game in the UK, the team’s impressive start to the season, and an impromptu trip of his to a Packers bar in Paris…

Listen to the full 15-minute interview in the latest episode of the Inside The Huddle Podcast via the player below, as Rodgers also discusses his love for all things Ricky Gervais, says how he deals with the pressure of game-winning drives, and reveals what he did when Green Bay’s 2020 first-round draft pick came in.

When will the Packers play in the UK?

The Packers are the one remaining team out of the 32 NFL franchises to have not yet appeared in an International Series game in the UK, since the first was played back in 2007.

Rodgers: “It’s amazing to me, that we’ve been doing games in the UK for so long and unfortunately we’re the only team that hasn’t been over there yet.

“I’ve been wanting to go since the first time I heard about it. I’ve been a fan of English football for a long time, I know the history of many of those stadiums and I know the type of sports fans that Europe and especially England has.

The difficulty of leaving Lambeau Field 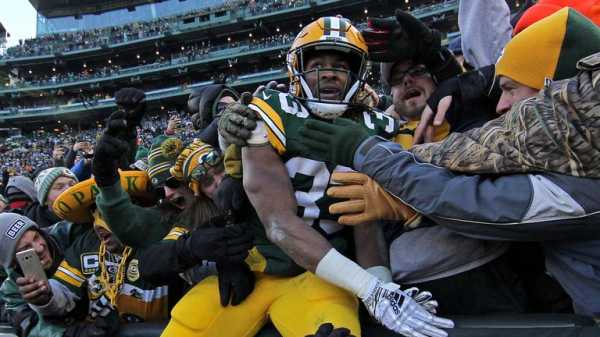 Rodgers: “It’s sacrilegious to take a game out of Lambeau. We’re the smallest market in the NFL, but one of the oldest teams – we’ve been around for over 100 years now.

“There’s the history, tradition, and lore of Lambeau Field. But on the flip side of that, we travel so well; we have so many fans all over the country and all over the world, that nobody wants to give up one of their home games because you know it’s going to be a sellout when the Packers come to town.”

A surprise for Packers fans in Paris!

Rodgers: “The beauty of our fandom: we have Packers bars all over the country, and the world. I actually visited one in my travels to France. I got wind that there was a Packers bar there, went and met the owner.

“There were a lot of surprised people! People were double-taking when they realised it was me.

“There’s just something really special about those moments. Obviously we had a couple of drinks and had a good time, well into the night. It was really fun to be over there – in Paris, France, and the bar is just adorned with Packers stuff and autographs, photo albums, fans wearing their jerseys to the games.

“I just love hearing the stories about the fans we have overseas. I have such an admiration and love for that type of devotion. It just reminds you how special it is to play for the Packers.”

‘I went to the kitchen and poured myself a tequila’

Fielding questions from the fans, Rodgers was asked of his reaction to Green Bay’s selection of quarterback Jordan Love with their first-round pick of the 2020 Draft… 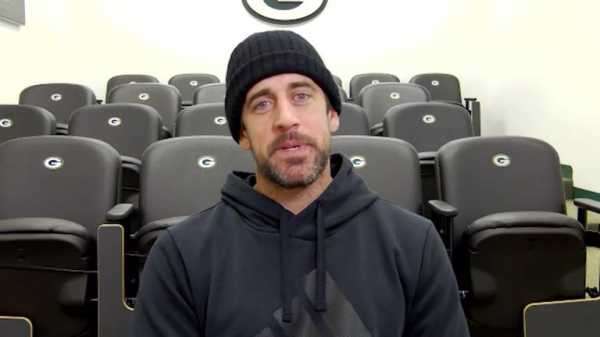 0:53 Rodgers says he ‘went to the kitchen and poured a tequila’ after Green Bay’s selection of quarterback Jordan Love with their 2020 Draft first-round pick

Rodgers: “I was actually watching on my computer, I was watching the coverage of a couple of my friends, Pat McAfee and A.J. Hawk, who have a podcast and TV show.

“They were doing a live simulcast of the Draft, which I was watching. I didn’t want to throw my computer. I went to the kitchen, poured myself a glass of tequila.

“I’m a huge scotch lover, but I was on this really good sipping tequila, so poured myself a glass, sat down and I knew there were going to be some phone calls that night!”

‘The best teams I’ve been on are the closest teams’

The Packers raced out to a 4-0 start to the season before being beaten 38-10 by the Tampa Bay Buccaneers on Sunday. 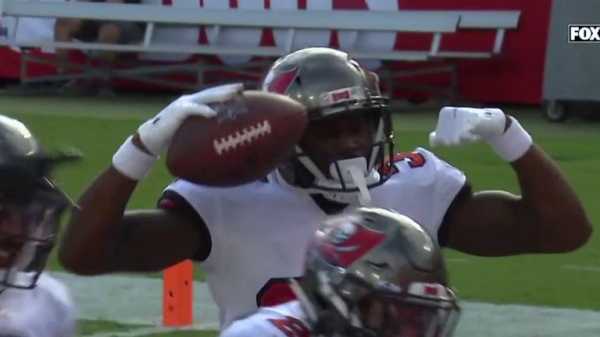 1:03 Rodgers throws his first interception of the season as Jamel Dean runs it back for a 32-yard pick six in the Buccaneers’ win over the Packers

“Maybe we started feeling good about ourselves a little too much and we got punched in the mouth on Sunday. It’s a good wake-up call for us moving forward.

“But I feel really good about where we’re at. The best teams I’ve been on are the closest teams, with guys genuinely enjoying each other and loving each other.

“You might think it’s like that with every team, but it’s really not. There are different dynamics that come into play, with personalities trying to mesh together.

“I really like the way our guys fit together and spend time with each other outside of the facility. Maybe not this year because of Covid, but it’s a close-knit group.”

‘Cowboys players need to look in the mirror’ 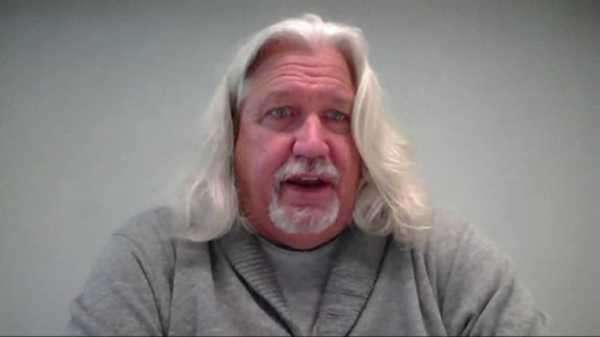 4:17 Brian Baldinger and Rob Ryan discuss the reports of player unrest out of the Dallas Cowboys on Inside The Huddle

Also on this week’s Inside The Huddle, Brian Baldinger and Rob Ryan joined Neil Reynolds to discuss the reports of player unrest out of the Dallas Cowboys this week.

NFL Network’s Jane Slater reported on Tuesday that one Cowboys player had told her that McCarthy’s staff were “totally unprepared. They don’t teach. They don’t have any sense of adjusting on the fly”. Another player said: “They just aren’t good at their jobs.”

‘The time is right for Tua in Miami’ 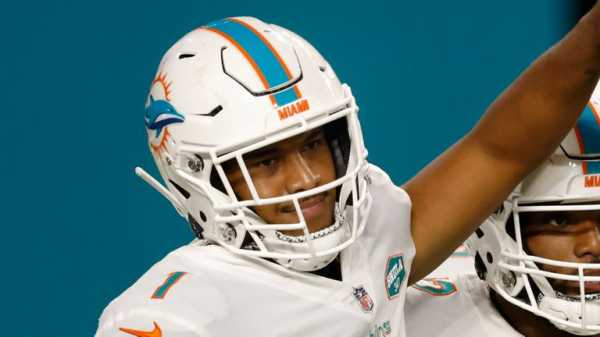 4:41 Baldinger says the Dolphins were right to make the call to switch to rookie Tua Tagovailoa as the team’s starting quarterback

Baldy and Coach Ryan also gave their reaction to the news in Miami that rookie quarterback Tua Tagovailoa has been named the starter for the 3-3 Dolphins going forward.

Inside The Game: Titans coach Vrabel is a ‘genius’ 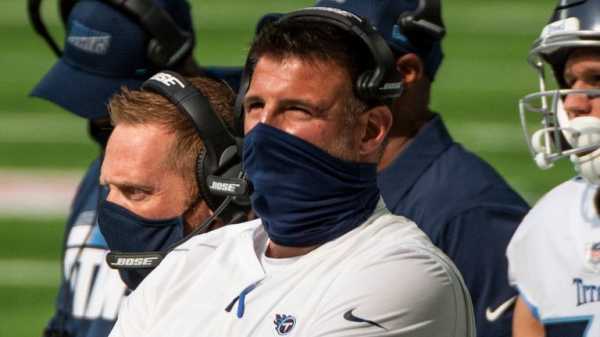 And finally, Baldy and Ryan took a closer look at the best coaching moments of last week in the NFL, picking out Tennessee Titans’ master of the dark arts, Mike Vrabel, for particular praise.

Vrabel ‘accidentally’ had too many players on the field late in their win over the Houston Texans, drawing a penalty which also crucially stopped the clock, allowing them to score a touchdown in the dying seconds to take the game to overtime.

Sky Sports NFL is your dedicated channel for NFL coverage through the season – Week Seven continues with a triple header from 5pm on Sunday and NFL Redzone so you won’t miss a moment. Don’t forget to follow us on skysports.com/nfl, our Twitter account @SkySportsNFL & Sky Sports – on the go!