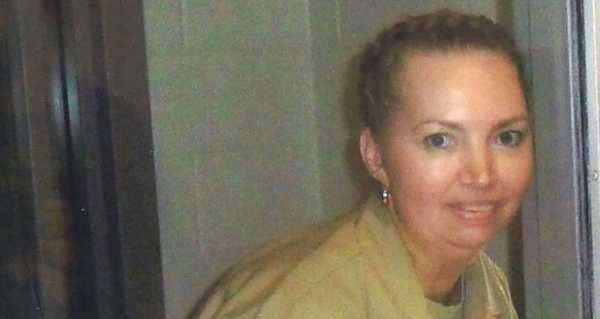 The US Justice Department has scheduled the execution of Lisa Montgomery for December. But who is she and why has she been on Death Row in a federal penitentiary since 2008?

There can be few more horrific crimes than the one Lisa Montgomery was convicted of – the murder of her heavily pregnant friend, whose belly was then cut open so she could steal her unborn child and claim her as her own.

On 8 December Montgomery, 52, is due to be executed by lethal injection at the Federal Correctional Complex in Terre Haute, Indiana.

​Prior to this year there had been no federal execution for 17 years.

But the Trump administration resumed federal executions on 14 July this year when white supremacist Daniel Lewis Lee, 47, was executed for murdering Arkansas gun dealer William Mueller, his wife, and his eight-year-old stepdaughter.

Next up is Montgomery – who will be the first woman executed by the federal government since Bonnie Heady, a drug addict who was put to death in a Missouri gas chamber in 1953, after she and her boyfriend were convicted of kidnapping and murdering a six-year-old boy, Bobby Greenlease, according to the Death Penalty Information Centre.

​But who is Montgomery and how rare is the crime she committed?

In the late 1980s Montgomery had three children with her first husband, Carl Boman, but she then underwent a sterilisation operation in 1990.

Fourteen years later she was desperate for another child with her second husband, Kevin Montgomery.

Unable to get pregnant naturally, she met and befriended Bobbi Jo Stinnett at a dog show in Kansas and began to hatch a dastardly plan.

Montgomery began to fake the symptoms of pregnancy to her husband and children.

​One morning in December 2004 Montgomery arrived at Bobbi Jo’s home on the pretext of buying a puppy. She overpowered her new friend and then strangled her.

She then cut into Bobbi Jo’s abdomen and removed the unborn baby girl before taking the child back to her home in Melvern, Kansas, where she proudly showed off the infant her to her bemused husband, Kevin.

She told him she had unexpectantly gone into labour while Christmas shopping.

M. William Phelps, who wrote a book about the case, Murder In The Heartland, said in an interview with this correspondent: “Sometimes these women suffer from a condition called pseudocyesis, when they actually believe they are pregnant.”

She said Montgomery was “mentally ill, suffered horrible childhood abuse, and had poor representation at trial.”

When Bobbi Jo’s body was discovered detectives swung into action and soon identified Montgomery as the culprit.

​She was arrested and Bobbi Jo’s baby, Victoria Jo, was reunited with her father, Zeb.

Because the crime was committed in Missouri and Montgomery took the baby across state lines into Kansas it became a federal case.

At her trial neuroscientist V S Ramchandran claimed the horrific sexual abuse she suffered in childhood had resulted in Montgomery suffering from severe pseudocyesis delusion.

But the prosecution produced Park Dietz, a forensic psychiatrist who had worked in a number of other high-profile cases including Jeffrey Dahmer and the Unabomber, and he trashed Dr Ramachandran’s pseudocyesis theory.

​In October 2007 the jury found her guilty of first degree murder and recommended the death penalty and in April 2008 Judge Gary Fenner agreed that she should be executed.

Murdering women to steal their babies is extremely rare but there have been a number of cases over the years.

Last month Flavia Godinho Mafra, 24, was murdered in the Brazilian state of Santa Catarina after being lured to a fake baby shower by an acquaintance. The woman, who had recently suffered a miscarriage, cut the baby from Flavia’s belly but was later arrested by police in Florianopolis.