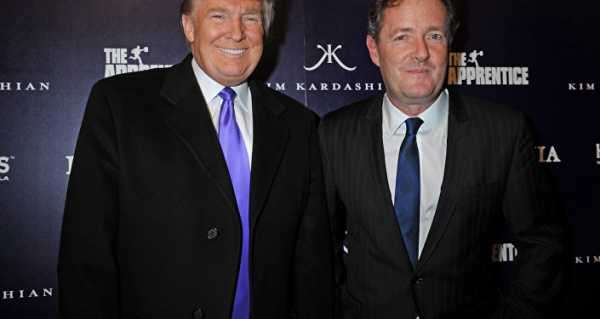 National polling has frequently put incumbent President Donald Trump behind former VP Joe Biden in the lead up to the US election on 3 November. With just over a week before the showdown, former allies of the Commander in Chief call on him to shake up his campaign strategy.

British media personality Piers Morgan has changed his mind on Monday over a prediction he made last week that President Trump may lose the White House in November following a 25-minute phone call with the Commander in Chief over the weekend.

Morgan wrote in the Daily Mail that Trump sincerely believed he will defy polling for a second time and be reelected at the encroaching general election.

This comes in spite of consistent voter intention surveys which put former Vice President Joe Biden ahead, even in traditionally Republican-leaning states.

​The president claims he has the energy and showmanship that is lacking in his Democrat counterpart “who looks and sounds like the old man of 77 that he is”.

The Good Morning Britain host confirmed this was his first conversation with Trump since he unfollowed him on Twitter in April after Morgan hammered the president’s handling of the coronavirus pandemic in the US.

Morgan claimed that 2020 had been bad for Trump with “his chaotic conduct during his campaign, epitomized by the ludicrous way he behaved after catching the coronavirus himself.”

He criticised the president for his “empathy-devoid narcissism fuelled catastrophically bad leadership” relating to the COVID-19 crisis as well as the death of George Floyd and the subsequent protests across the country.

However, the British Journalist said that Trump demonstrated “a calmer, more measured and focused style” at the last presidential debate and made some substantial hits against Biden, who continues to make frequent gaffes.

​Former Vice President Biden has repeatedly been caught out misspeaking, most recently calling his opponent “George” and in an earlier campaign video accidentally claiming he put together the “most extensive and inclusive voter fraud organization in the history of American politics”.

​In his article, Morgan called on Trump to show genuine empathy, which Morgan described as a “constant fault-line throughout his presidency” due to a perceived lack of it.

Biden has a “natural powerful empathy”, Morgan said. Trump, on the other hand, “often looks and sounds like he only cares about himself” and claimed that the president can turn this image around and “salvage an unlikely victory from the jaws of seemingly inevitable defeat”.

Morgan has historically been a close friend of President Trump and, despite the polling, claimed that his 2016 election victory against Hillary Clinton was possible.