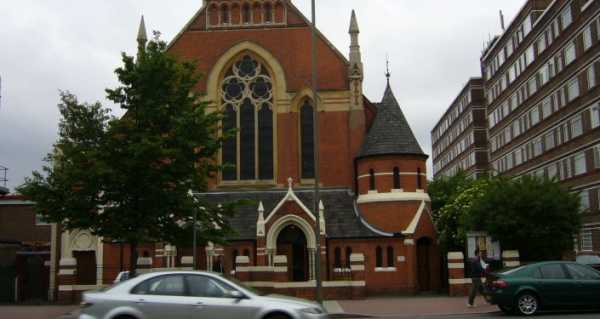 London’s Metropolitan Police Service is already under fire for forcefully breaking up a vigil for Sarah Everard, whose alleged murderer was a serving officer, on Clapham Common just a mile north of the Polish church.

London’s Metropolitan Police have shut down a Good Friday service at a Polish Catholic church — and threatened worshippers with fines or arrest under COVID-19 rules.

A live video feed of the Easter liturgy service showed two officers marching up to the alter at the Kosciol Chrystusa Krola in Balham, south London, and ordering the congregants to disperse.

The police threatened everyone present with automatic £200 fines under coronavirus pandemic powers to break up illegal gatherings — or arrest if they refused to identify themselves.

“This gathering is unfortunately unlawful under the coronavirus regulations we have currently. You are not allowed to meet inside with this many people under law”, the male officer says from the pulpit. “At this moment in time you need to go home. Failing to comply… ultimately could lead to you be fined £200, or if you fail to give your details to you being arrested”.

The priest then speaks for a moment in Polish and the congregation rise to pray briefly before leaving.

The incident begins around one hour and two minutes into the video of the service, at which attendees are seen seated close together on pews but wearing protective face masks.

Conservative commentators also expressed their dismay at the Met’s actions.

​​The force and its controversial Commissioner Cressida Dick faced criticism last month after it forcefully broke up a night-time vigil for murdered woman Sarah Everard on Clapham Common, a large open space just a mile north of the Polish church that was attended by Prince William’s wife Kate Middleton. A police officer has been charged with Everard’s murder.

The national police watchdog cleared the Metropolitan Police Service of wrongdoing in a report earlier this week, but questions remain about the force’s use of discretionary power in which protests they allow and which they forbid.

While London is home to many recent immigrants from Eastern Europe, it also has a well-established Polish community founded by servicemen who escaped the German occupation during the Second World War and volunteered to fight on in the British armed forces.