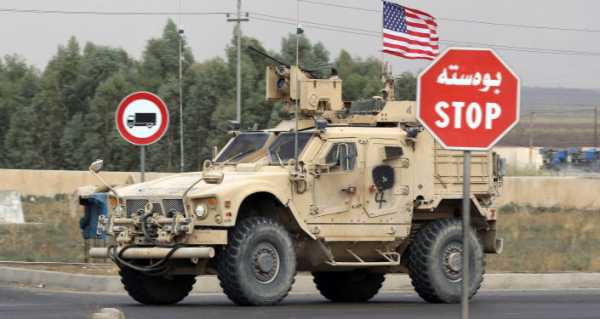 American forces routinely run military convoys from Iraq to their bases in Syria, where US troops have been deployed illegally for years, despite protests from Damascus and other members of the global community.

A new US convoy, filled with logistical equipment and ammunition, was spotted on 2 April moving towards an American military base inside the Kuniko oil field in the province of Deir Ez-Zor, the news agency SANA reported citing anonymous local sources. It is unclear whether the convoy arrived from Iraq, as is usual with the reported sightings of American convoys in Syria.

The reported delivery of military supplies comes amid the continuing presence of American troops on Syrian soil without either a UN mandate or permission from the authorities in Damascus. The US military is mainly deployed in the oil-rich parts of the Arab country, currently under the control of Kurdish militias allied with Washington.

The White House claims its troops remain in the country, despite vehement protests by Damascus, in order to protect the oil sites from being recaptured by the terrorists. The Syrian government, however, insists that the US in fact is simply stealing the country’s natural resources. According to Syrian Minister of Petroleum and Mineral Resources Bassam Tomeh, Washington’s forces control 90% of the country’s oil-producing capacity and by the middle of March 2021 their actions had resulted in $92 billion worth of damages to the Syrian oil sector.

The US does not deny smuggling the oil out of Syria and selling it, but claims that all profits go to the pockets of Syrians, or to be specific – the Kurdish militia that controls the eastern, oil-rich parts of the country. This explanation satisfied neither Damascus nor other foreign countries, who condemn Washington’s actions in Syria, namely Russia.