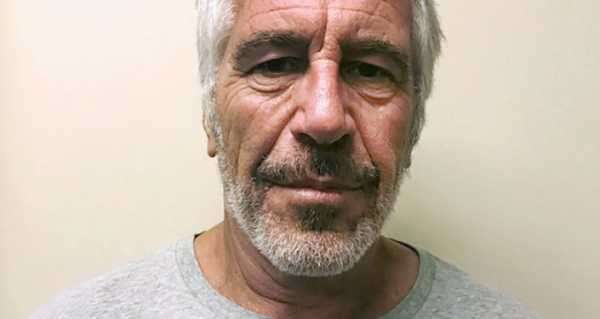 During his incarceration, Jeffrey Epstein reportedly argued about the age of the girls he was accused of sleeping with, and used a risque analogy to explain the intricacies of currency trading to a fellow inmate.

A book due out soon and titled “The Spider” by Barry Levine offers an insight into the last days of the late billionaire financier and convicted sex offender Jeffrey Epstein, and reveals some of the things he gossiped about with other inmates, The Sun reports.

According to the newspaper which managed to obtain an early copy of the book, Epstein spent hours talking with his “two assigned prison companions” in the “days and weeks prior to his death”.

One of Epstein’s “prison pals”, William “Dollar Bill” Mersey, alleged that Epstein once told him a story about traveling on his private jet with a French girl and Donald Trump, when the latter asked him to land the plane in Atlantic City – a request that Epstein refused by saying that the place was full of “white trash”.

Epstein also allegedly told Mersey about Bill Clinton’s days as a “lothario”, adding that the ex-POTUS “can’t do anything like that now because he’s had a couple of heart surgeries.”

Another inmate, Michael “Miles” Tisdale, reportedly said that Epstein insisted that although the latter had been accused of having sex with underage girls, they were “fifteen, sixteen, seventeen and eighteen-years old – not eight or nine-years old!”

Epstein also used the following analogy to explain to Tisdale the intricacies of currency trading: “You know how p***y acts, how her mood will be next month and maybe in two months – that’s the same way to look at currency.”

The book also reportedly claims that a 911 call made shortly after Epstein was found “hanging in his cell” was apparently recorded as a “poss arrest”, with the reference being “an indication that the jail was requesting an ambulance in connection with a possible criminal arrest rather than any suggestion that a cardiac arrest had occurred”.

Peter Gleason, a criminal defence attorney and retired veteran of New York’s police and fire departments, told the book’s author that he believes “the prison deliberately misreported the event to prevent photographers and journalists turning up at the scene”, as the newspaper puts it.

On 10 August 2019, Epstein was found dead in his cell at the Metropolitan Correctional Center in New York City where he was awaiting trial, his death having been officially ruled as suicide.

The new book is expected to be released on 20 October.