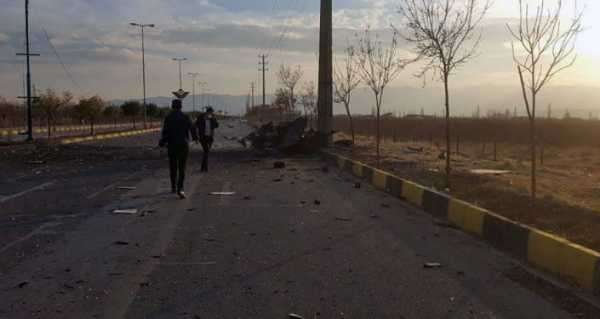 Iranian officials earlier said that its prominent Iranian nuclear physicist was targeted by the Israeli intelligence agency Mossad, calling on the international community to condemn the attack.

Iran believes that there are “serious indications of Israeli responsibility” in the assassination of its eminent nuclear scientist Mohsen Fakhrizadeh, according to a letter to the United Nations published on Saturday.

In the letter, Iran’s Ambassador to the UN Majid Takht Ravanchi also warned against “any adventuristic measures” on the part of the United States and its ally in the region, Israel, particularly during the presumably remaining period of Trump’s tenure.

He stressed that Iran reserves its right to defend its citizens and secure its interests.

The Israeli government considered Fakhrizadeh to be one of the biggest threats to its security, alleging that he headed a secret unit within the Iranian military working on nuclear weapons. Iran has repeatedly dismissed the accusations of developing a nuclear arsenal, also voiced by the Trump administration, and insists that its nuclear programme is designed to serve purely peaceful purposes.

Iranian Foreign Minister Javad Zarif earlier tweeted that there are “serious indications of an Israeli role” in the murder of the scientist, calling on world leaders to denounce his murder. Chief of Staff of Iran’s Armed Forces Maj. Gen. Mohammad Bagheri also sided with the top diplomat, threatening the perpetrators with revenge.

Fakhrizadeh’s assasination took place just after media reports emerged alleging that the Israeli military had been instructed to prepare for a possible US military strike against Iran before the next American president is inaugurated.

While Israel has neither confirmed nor denied being behind Fakhrizadeh’s death, there have previously been multiple instances of Iranian nuclear scientists being targeted in direct assassination attempts, with speculation that they might have been carried out by the Israeli intelligence agency Mossad.