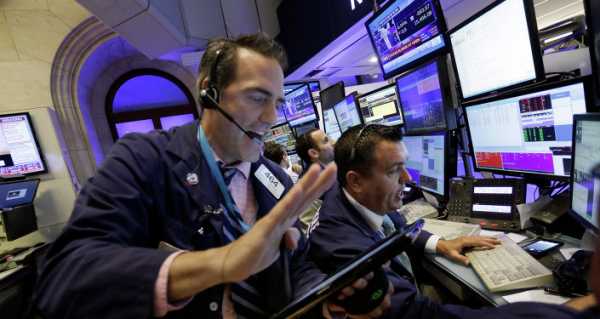 The continuing surge of coronavirus cases across the US along with the inevitable restrictions that are employed to stave off the spread of the pandemic are forecast to weigh heavily on economic recovery.

The US economy is predicted as heading towards a potential contraction in economic growth early next year, marking the first “double dip” recession in the country’s history since the early 1980s, writes CBS.

Amid continuously surging COVID-19 cases and talk in Congress of signing another multi-trillion-dollar pandemic relief package to help prop up struggling workers and small business owners, concerns are being raised that the economy is running out of steam.

While initially there was a swift recovery between July and September from pandemic lockdowns that were set in place in spring, driven by businesses reopening, the process is perceived as starting to lose momentum.

According to Feroli, the recent spike in coronavirus cases and renewed restrictions would result in layoffs, while economic activity in the first three months of 2021 is estimated as contracting by some $50 billion.
The developments are projected to translate into an annualised drop in gross domestic product of about 1 percent.

​The US economy is expected to shrink at an annual rate of 1.5 percent, equalling a $25 billion drop in national income per month, in the first quarter next year, according to Mark Zandi, chief economist of Moody’s Analytics, cited by CBS MoneyWatch.

On 25 November the government reported that the number of Americans applying for jobless aid, which had been falling in a promising sign that layoffs were easing as the broader economy signalled improvement, soared again for the second consecutive week.

As unemployment benefits start to run out and the pandemic shows no sign of relenting, the situation may potentially get much worse.

Economists expect coronavirus cases in the country to continue to rise, along with “containment measures”.

Nevertheless, many economists seek to allay fears, suggesting that investor optimism, manifested by the Dow Jones Industrial Average topping 30,000 in a recovery rally on 24 November, might prevent the broader US economy from crashing into recession.

Forecasters expect the US economy to grow at a rate of 3.3 percent at the start of next year, according to a recent survey by the Wall Street Journal.

However, there is not enough clarity on whether the estimates are based on the assumption that the US will pass a hefty stimulus bill before the end of the year.

Republicans and Democrats have not been able to agree on how large the stimulus package should be, with some believing that even if the bill is potentially signed after projected President-elect Joe Biden’s term started after 20 January – inauguration date – the effect would take time to manifest any impact.

February is suggested as the most likely month for additional stimulus aid from Washington by Moody’s Zandi.