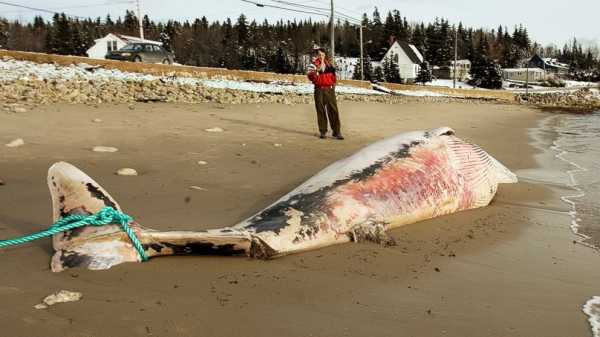 An investigation will be conducted into a spate of deaths among minke whales along the East Coast last year, the federal government announced on Wednesday.

The minke is a fairly common species of baleen whale, which is a group of large whales that also includes the blue whale and right whale. Twenty-nine of the animals were found stranded from Maine to South Carolina in 2017 and 2018 and only one survived, officials with the National Oceanic and Atmospheric Administration said.

NOAA said it is treating the deaths as an “unusual mortality event,” which it said has triggered “a focused, expert investigation into the cause.” The agency has launched similar investigations into multiple deaths of humpback and right whales recently, and both of those investigations are still in progress.

The investigation will include areas from Maine to Florida because the animals are known to swim there, said Teri Rowles, marine mammal health and stranding program coordinator with NOAA Fisheries Office of Protected Resources.

The investigation into the minke whales comes as NOAA is trying to find a way to slow high mortality among North Atlantic right whales, which are one of the rarest marine mammals in the world. Entanglement in fishing gear and ship strikes played a role in some of the deaths of 18 right whales last year, according to NOAA officials.

NOAA officials said it’s possible environmental changes could be causing the whales to travel in areas of the ocean where they aren’t typically seen, which could put them more at risk of entanglement and ship strikes.

The largest number of stranded minke whales was found off of Massachusetts, where there were eight. There seven off of New York and six off of Maine.

The minke is more abundant than some other whale species that have been threatened by die-offs. It’s listed as a species of “least concern” by the International Union for Conservation of Nature.

However, the number of deaths in the past year is more than twice the average, NOAA officials said.