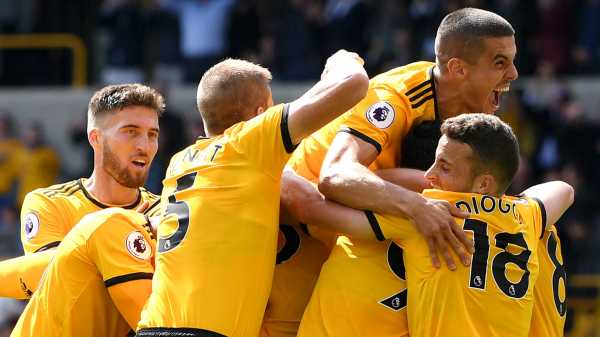 Aymeric Laporte’s equaliser denied Wolves all three points against Manchester City, but did their game plan show there’s another way of playing against the champions?

Wolves frustrated City for long periods at Molineux, but crucially, they were also able to cause them problems at the other end, with Willy Boly scoring the opening goal from one of a number of chances they created.

Their positive approach contrasted with the Premier League sides who sit back and surrender the initiative against Pep Guardiola’s team, simply hoping to avoid a heavy defeat rather than going in search of victory.

Wolves were rewarded for their tactics, becoming only the third Premier League side to take points off City since February. So what did they actually do differently?

On the front foot

One of the key elements of Wolves’ game plan was to press City’s centre-backs high up the pitch instead of dropping off and allowing them to build attacks from deep. Diogo Jota, Raul Jimenez and Helder Costa were instructed to work hard without the ball and close down Vincent Kompany and Laporte at every opportunity.

The tactic was almost rewarded after just 20 minutes, when Kompany lost possession under pressure in midfield, with Wolves immediately creating a two-on-one counter-attack. Jimenez’s goal was ruled out for offside, but the intent was obvious. “There are things happening in this first 20 minutes that I haven’t seen too many times against Manchester City,” said Gary Neville in the Sky Sports commentary box.

“That chance comes from Kompany making a mistake, but Jota engages, he doesn’t just drop off and sit back,” added Jamie Carragher. “He sees the mistake, goes forward and wins it, then they are countering. They are trying to engage a lot higher up the pitch than we saw last season.”

That early chance was not the only example of Wolves’ positivity paying off. In fact, it was the first of several scoring opportunities created in similar circumstances. By the end of the game, City’s centre-backs had lost possession more times than in either of their previous Premier League fixtures this season. 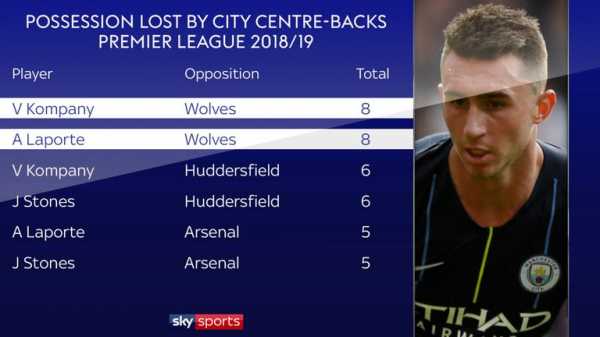 “There’s a school of thought that you should approach the game not to lose by more than one or two goals against Manchester City,” said Neville. “What we’re seeing here is the reward for intent and an approach towards the game that’s positive.”

Carragher added: “I was critical of certain teams playing against City last season, but I like what I’ve seen from Wolves. You know you’re not going to have lots of possession, but they haven’t dropped too deep. I’m not saying it’s the exact blueprint [to follow], but you don’t want to be in your own box for 90 minutes.”

City’s centre-backs were not the only ones targeted by Wolves. Benjamin Mendy excelled going forward against Arsenal and Huddersfield, producing three assists across the two games, but Wolves sought to unsettle him on the ball and they also exploited the space he left behind him.

According to Opta, 46.8 per cent of Wolves’ attacks went down their right flank. Helder Costa was Mendy’s tormenter for the first 72 minutes, beating the France international in a foot race during one particularly impressive first-half counter-attack, and after that it was substitute Adama Traore, who created two chances from the same flank in the closing stages. 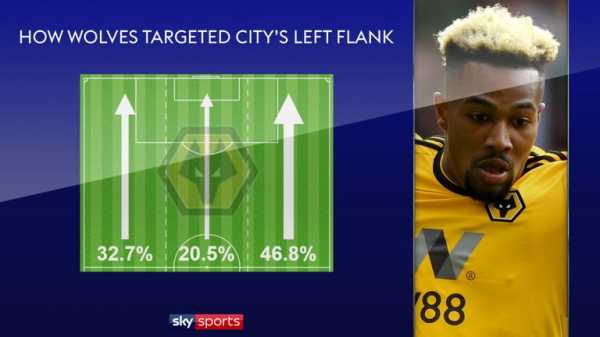 Wolves attacking threat in wide positions also ensured Mendy and Walker were more cautious going forward. It was notable that City’s full-backs, normally so important to their attacking play, only created one scoring chance between them over the course of the 90 minutes.

Wolves rode their luck on a few occasions, with Sergio Aguero striking the woodwork three times, but for the most part they were well organised and difficult to break down. Nuno’s side kept their shape throughout, and while the flanks were the focus of their attacks, they always ensured they were narrow and compact defensively.

Walker acknowledged it in his post-match interview. “They are well organised,” he told Sky Sports. “They’ve got five at the back, so it’s always going to be difficult to break them down. They’ve got bodies in and around the key areas where we want to exploit the space.” 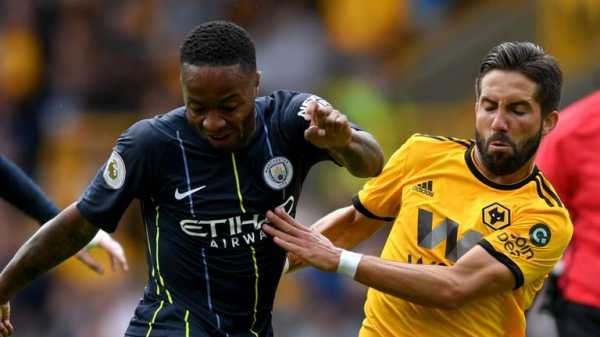 The England defender was referring to the gaps between the lines where City are usually so dangerous, but out of possession, Wolves’ wide men tucked in to reduce the space. “The narrow positions of the two wide players made sure they didn’t fall too far back,” said Neville. “Far too often last season we saw teams with a back six, which meant the wide players were disconnected from the forwards.”

Wolves were helped by excellent individual performances, too. Goalkeeper Rui Patricio made a stunning save from Aguero in the first half, while Willy Boly made a string of crucial blocks and clearances in defence. Nuno’s side have more quality than most sides outside the Premier League’s top six, but there are lessons to be learned from their approach.