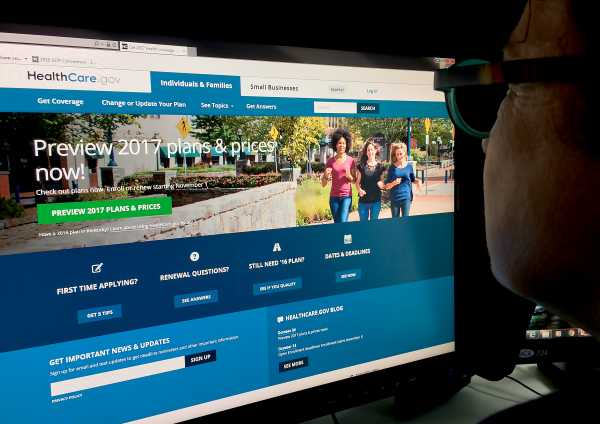 Last week, Idaho made a startling announcement: It will allow insurers to sell health insurance that does not comply with Obamacare regulations. This means that, in Idaho, health insurance plans could once again deny coverage to people with preexisting conditions — or charge them higher prices.

They could decide to not cover certain benefits that Obamacare mandates (maternity coverage, for example, was often left out before the health law) or put lifetime caps on their benefits. Idaho is the first state to roll out this type of regulation; it did so in a bulletin last week, first reported by the Wall Street Journal.

What we know: The Idaho rules clearly run afoul of federal law. The Affordable Care Act outlaws the exact type of plans that Idaho wants to allow onto its insurance market.

What we don’t know is what happens next. So earlier today, I called up two experts on health law to talk through where Idaho is headed — and what their attempt to skirt the Affordable Care Act will mean for consumers. Here are the key questions they think we should be asking:

What will Alex Azar do?

Idaho announced its new policy last Thursday — the day after the Senate confirmed Alex Azar as the new health and human services secretary. Azar immediately faces a decision over what to do about Idaho. He could intervene, and tell Idaho that the federal government will enforce Affordable Care Act regulations if the state fails to do so. He even has authority to levy hefty fines on insurance plans that decide not to follow the ACA rules.

But is the new HHS secretary really going to make one of his first, major actions a move to protect a law that the Trump administration has actively tried to dismantle?

“It’s telling that Idaho announced this on Azar’s second day,” said Nicholas Bagley, an assistant professor at the University of Michigan School of Law, who specializes in Affordable Care Act legal policy. “They seem to be making a calculation that the administration doesn’t have an interest in using political capital on a law they don’t agree with.”

Azar’s other option is simply not to act. He could turn a blind eye to the Idaho bulletin and decide not to intervene. That scenario would bring us to the next question.

What will Idaho health insurance plans do?

This new bulletin puts Idaho health insurance plans in a pretty weird situation. Those that sell on the marketplace will still have to offer coverage there that does comply with Obamacare regulations — that is the only way Idaho residents can still access their tax credits.

But insurers will have the option to also sell other plans, off the marketplace, that don’t comply with Obamacare rules — that might reject sick people or cover a skimpier set of benefits in order to offer lower premiums.

It is … not clear that insurance plans actually want to offer these plans. Dan Mangan at CNBC collected a few statements from Idaho insurance plans, which I’d describe as lukewarm at best.

“It’s important to us that we assess the impact this might have on the ACA pool, the potential market disruption and overall legality,” one insurance plan provider told him.

Another put it more bluntly: “The Affordable Care Act is still valid law, and we do not see how these rules fit within that framework.”

Why aren’t insurance plans jumping at the chance to sell the type of coverage they used to offer before Obamacare took effect? For one thing, it’s a really big legal risk. Insurance plans could easily end up facing lawsuits, for example, for capping a member’s lifetime benefits when the ACA clearly outlaws those limits.

“If a contract that includes a lifetime cap on coverage goes to court, the state courts are likely to invalidate the terms of the contract,” Bagley said. “These insurers have to be looking around and asking, can we write contracts that we can defend in court?” What’s more, insurance companies would be putting their own business at risk by writing non-ACA-compliant policies.

They might siphon off all the healthy people into these skimpy plans — while leaving premiums in their ACA-compliant plans to go up and up. Health insurance plans strongly prefer to operate in an environment where everybody plays under the same set of rules.

Idaho is offering a scenario where there are two sets of rules: one for the marketplace, and one for other plans. It’s far from clear any insurance plans want to test out that second scenario, even if offered the opportunity.

Okay, but what if insurance plans do decide to sell non-ACA coverage?

It makes sense to me that insurance plans wouldn’t want to participate in a market where there are two sets of rules. But if Idaho is setting up that type of market — and if one insurer decides to take the legal risk and sell non-ACA coverage — will that goad other plans into doing the same thing?

Insurers, after all, don’t want to see all the healthy people siphoned off into their competitors’ coverage. So one thing they’ll likely be thinking about is whether some other insurer is going to offer a bare-bones plan. They might raise their premiums on Obamacare plans as a result, expecting that some healthy people will exit to those types of plans.

“It will probably force insurers to increase their premiums, just to account for the possibility that their competitors are going to take the good risk,” said Sam Berger, a senior adviser at the Center for American Progress and former Obama administration staff member. “Idaho’s claim is that their premiums are too high. But we know what insurers do when there is uncertainty: They raise premiums.”

For what it’s worth, Berger and Bagley both expected that Idaho plans wouldn’t sell noncompliant health insurance. The legal risks are just too great. But they also wouldn’t rule out the possibility that it could happen — and that could throw Idaho’s insurance market into havoc.