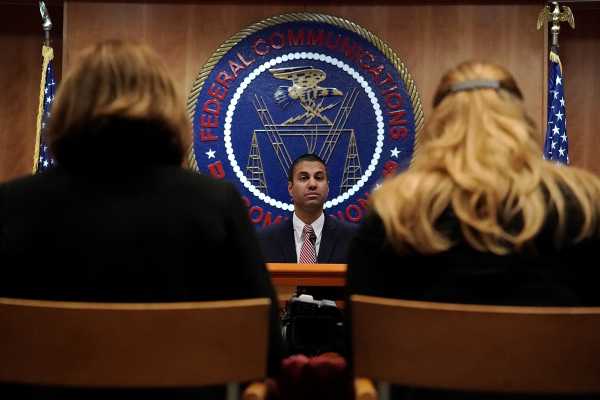 National security officials are reportedly considering a plan to nationalize the United States’ next-generation 5G wireless network in an effort to guard against competitive and cybersecurity threats from China.

It would be an unprecedented move — especially from a Republican administration. And so President Donald Trump’s Federal Communications Commission, which would be a major player in such a project, immediately pushed back.

This all started Sunday, when Axios reported that officials at the National Security Council have put together a memo saying that America needs a centralized nationwide 5G network within the next three years. It proposes that the best option would be for the US government pay for and build the network and then rent it to carriers like AT&T, Verizon, and T-Mobile.

5G is shorthand for the “fifth generation” of wireless networks and would follow, as its name suggest, the current 4G, or fourth generation, system. It would offer faster speeds and greater capacity than previous generations and accommodate new technologies, such as self-driving cars, virtual reality, and the Internet of Things. Both AT&T and Verizon have plans to roll out 5G service in limited markets this year.

Reports of the memo pushing for a government-built and -controlled 3G network, which have been confirmed by other outlets such as the Wall Street Journal and Recode, have caused a stir in the telecommunications industry, in Washington, and even among members of Trump’s own administration. FCC Chair Ajit Pai, a Republican who was tapped by Trump to head the commission, on Monday morning came out in opposition of any such proposal for the government to nationalize a 5G network.

“The market, not the government, is best positioned to drive innovation and investment,” he said, parroting what would seem to be the obvious GOP position on the issue.

White House officials told Axios and Recode that the document Axios published on Sunday is now out of date. Still, the idea is quite a surprising one — and would mark a major shift in how telecommunications technology is rolled out in the US.

The national highway system, but for the internet

The problem according to people in the White House, per WSJ, is that the US is particularly ill-equipped to build a 5G network because of a number of factors, including limited competition between telecommunications and cable companies, tight regulations, and a lack of US-based manufacturers. China, on the other hand, is moving quickly to develop 5G, and whoever deploys it first will be at an advantage.

The memo makes the argument that gearing up to 5G is important in the United States right now — and that the federal government might be the best one to do it. Until now, the idea has been that private companies will take the reins.

“It is necessary and possible to build a secure, high-performance, world-leading 5G network platform by the end of the first term,” the memo reads. It refers to the nationalization of 5G as the “21st century equivalent of the Eisenhower National Highway System,” a reference the 1950s-era federal project to build out the US interstate highway system, and makes the case that a 5G-focus is essential to protect America from both national security and competitive threats from China.

The memo lays out two options for building out a centralized nationwide 5G network: the government building out the network itself, or wireless providers building their own 5G networks that compete with one another. It makes the case that a nationalized 5G effort would be faster to build out, result in faster speeds, and be more secure than allowing private companies to do it, though it acknowledges it would be a “new paradigm” in the space.

The rationale behind the memo seems to be that such a “moonshot” effort is necessary to counter a growing economic and political threat from China’s efforts to develop 5G. It warns that China has “achieved a dominant position in the manufacture and operation of network infrastructure” and is also the “dominant malicious actor” in the information age. In other words, the case is that a nationalized 5G effort would keep China from getting too far in the space — and also from listening in on your phone calls.

Nobody seems to want this, including — and perhaps especially — Republicans

“This is something that seems to be facing some steep uphill challenges before it could move forward,” Clayton Allen, an analyst at the Washington, DC-based research firm Height Securities, told me. “It seems difficult to me that the White House would a) want to take on a task that big and be able to pay for it, and b) step on private companies that want to do this.”

Both AT&T and Verizon have plans to roll out 5G service in limited markets this year and are not particularly pleased with the idea of the government stepping in. AT&T said in a statement to multiple media outlets that “thanks to multi-billion dollar investments made by American companies, the work to launch 5G service in the United States is already well down the road.” Verizon declined to comment on the memo.

Meredith Attwell Baker, president of the wireless industry trade group the CTIA, said in a statement that the industry “agrees that winning the race to 5G is a national priority” and emphasized that “free market policies” are the way to do it. Cinnamon Rogers, the senior vice president of government affairs at the Telecommunications Industry Association, said in an emailed statement that the group is not taking a position on the underlying idea in the memo but believes the US “must leverage leadership in 4G to speed to the 5G transition.”

Axios’s Jonathan Swan reported all five FCC commissioners oppose the 5G nationalization proposal. Commissioner Mike O’Reilly, a Republican, said the idea is a “nonsensical” proposal that fails to recognize the current marketplace in a statement. “I’ve seen lead balloons tried in DC before but this is like a balloon made out of a Ford Pinto,” he said.

Pai, whom Trump designated chair of the FCC, said he opposes any proposal from the government for a 5G network. “The main lesson to draw from the wireless sector’s development over the past three decades — including American leadership in 4G — is that the market, not government, is best positioned to drive innovation and investment,” he said.

Allen, the analyst, pointed out in a note on Monday that beyond the politics and private sector resistance, there are other obstacles to a nationalized 5G network as well:

1) There isn’t enough “spectrum” — essentially, space for wireless communications — available for the government to purchase. Last year, T-Mobile and Dish Network bought the bulk of broadcast airwaves spectrum for sale.

2) A nationalized 5G project would be incredibly expensive for the federal government to fund — the private sector is estimated to invest $275 billion into 5G.

3) There’s also the problem of timing. If the federal government were going to build out its own 5G network, it should have started in 2015 or 2016.

Given the backlash, the nationalized 5G proposal appears to be dead on arrival. But it’s a bit wild that officials under Trump, who has positioned himself as a pro-business, anti-regulation figure, would even consider it.