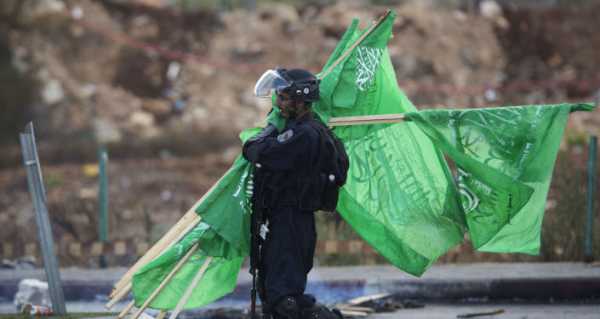 It doesn’t matter who wins the race, says one Gaza-based political analyst. Whether it will be Ismail Haniyeh or his predecessor Khalid Mishal, they will need to solve the stagnation with the rival faction Fatah, the raging health and economic crisis, and the ongoing security stalemate with Israel.

Wednesday promises to be a big day for Hamas’ leadership in the Gaza Strip, as the movement will hold its scheduled elections that will determine who will lead the enclave’s bureau and who will be in charge of its entire political establishment.

The names of the candidates are held in total secrecy and the one that will decide on the top jobs will be the Shura Council, a consultative body that elects Hamas’ Politburo.

It is not clear who the winners will be, but it is expected that Yehiya Sinwar, the current chief of the Gaza Strip and the second most influential figure in Hamas, will remain in his seat. He will continue to handle the situation in the enclave and its dealings with Israel.

The future of Ismail Haniyeh, the head of Hamas’ Politburo and responsible for ties with other nations, is not that certain.

Mkhaimer Abu Seada, a Gaza-based political analyst who monitors the situation closely, says that Haniyeh has a legal right to run for a second term in the movement’s top job and that he has a fairly good chance to win that battle.

Haniyeh is considered a seasoned politician, loyal to his organisation. In 2007, after the eruption of clashes in Gaza between his movement and its rivals Fatah, he played a pivotal role in ousting the PA from the enclave, cementing his position as the prime minister of the strip.

Years later, as the enclave’s Politburo chief, he toured the Middle East looking to establish an axis against Israel.

In 2019, for example, he held a series of high-profile talks in Turkey and Qatar.

Later on, he visited Russia and paid a visit to Iran, where he extended his condolences to the nation following the killing of the Islamic Republic’s top commander Qasem Soleimani in January 2020.

But while Haniyeh’s public relations skills are impressive, they are not a guarantee for him to win, and Abu Seada says his main challenger and predecessor, Khaled Mishal, has his own army of external supporters who would like to see him re-elected.

The supporters in question are Turkey and Qatar, Mishal’s relations with which resembled a love affair.

During his years in office, Turkey reportedly provided him with a residence from which he managed the situation in Gaza, whereas members of Hamas’ military wing allegedly underwent training on Turkish soil.

Qatar, for its part, has not only provided a refuge for top Hamas officials, including Mishal himself, but it has also poured millions of dollars into the movement he represented and continues to do so today.

Whoever the winner is, Abu Saeda believes the chief of Hamas’ Politburo will still need to address a number of pressing issues.

One such matter will be the raging coronavirus pandemic and the economic deterioration it resulted in.

The other one will be relations with Israel and its new regional allies, including in Africa and in the Gulf, whereas the third one will be the upcoming legislative and presidential elections scheduled for May and July respectively.