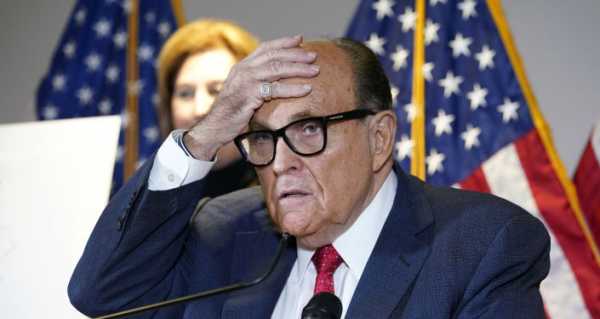 Trump’s former lawyer’s apartment was raided at the end of April by federal investigators, which seized his electronic devices and a cell phone. According to media reports, the investigators were interested in his ties to influential Ukrainian businessman Dmytro Firtash.

US District Judge Paul Oetken has ruled that a “special master” must be appointed to review the evidence seized from the home and office of Rudy Giuliani, former attorney to ex-President Donald Trump.

Oetken noted that this way the “perception of fairness” will be ensured in the probe into Giuliani’s affairs. The district judge gave the sides one week to come up with a list of candidates for the role of “special master”.

Giuliani’s home and office were raided by federal investigators on 28 April. The lawyer is accused (but has not been charged yet) of violating foreign lobbying laws by failing to notify the authorities that he represented the interests of Ukrainian officials. Giuliani denies any wrongdoing.

According to several media reports, citing witnesses, investigators were interested more in the lawyer’s alleged ties to Dmytro Firtash – a Ukrainian businessman whom the US is seeking in relation to an alleged bribery scheme. He was arrested in Vienna back in 2014 and has since been fighting US extradition efforts.

Firtash is notably represented by Joe diGenova and Victoria Toensing – two lawyers who had been helping the Trump administration amid the Ukraine scandal in 2019. Toensing’s home was also raided by the FBI on the same day as the apartment and office of Giuliani in April 2021, although she was reportedly told that she was not in the crosshairs of any federal investigation at the time. It is unclear how she and her defence of Firtash in the extradition case might be related to the probes against Giuliani.