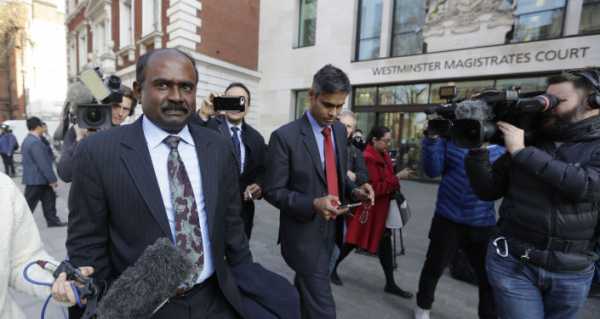 On 25 February, the Westminster Magistrates’ Court ruled that fugitive diamond merchant Nirav Modi, accused of committing the largest fraud in the country’s banking history, has a case to answer in India and ordered his extradition.

The United Kingdom’s Home Office has granted approval for the extradition of fugitive billionaire and diamond merchant Nirav Modi to India, Central Bureau of Investigation (CBI) officials revealed on Friday.

“Modi still has the legal recourse of approaching the UK High Court, within 14 days, to seek permission for moving an appeal against the Secretary of State’s decision”, the officer explained.

According to the UK Home Office’s official website, “Unless there is an appeal, a requested person must be extradited within 28 days of the Secretary of State’s decision to order extradition (subject to any appeal)”.

On 25 February, the UK court found sufficient grounds warranting Modi’s trial in India. The court also took on record evidence furnished by India’s central agencies alleging that he had conspired to destroy proof against him and intimidate witnesses.

Following the order, Arthur Road Jail in India’s Mumbai city has been keeping a special cell ready to lodge him. A jail official revealed to Sputnik that once Modi has been brought to Mumbai, he will be kept in one of the three cells of barrack number 12, which is a high-security barrack.

Modi was arrested in the UK in July 2019 after a warrant was issued at the behest of the Indian government, with investigative agencies pressing extradition charges against him for fraud and laundering.

In 2018, Modi, along with his uncle Mehul Choksi and a few other relatives, fled India days before his banking fraud was made public.

He’s currently being investigated by two Indian federal agencies – the Central Bureau of Investigation (CBI) and the Enforcement Directorate (ED). Modi has been declared a “fugitive economic offender” in India.

Since his arrest in the UK, he’s been held in London’s Wandsworth Prison, where he’s been appearing for extradition hearings through video conferencing.