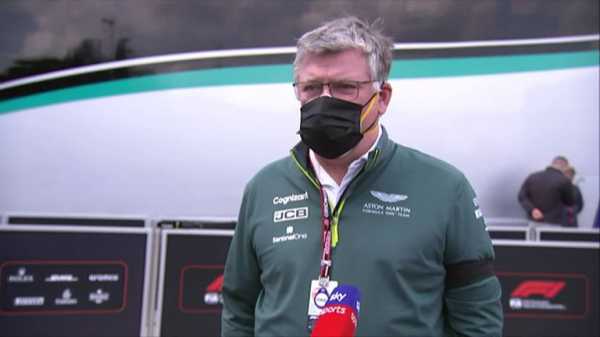 Team bosses Otmar Szafnauer, Franz Tost and Mattia Binotto have had their say on the regulation changes that were introduced for 2021

Aston Martin chief Otmar Szafnauer has told Sky Sports F1 that his team will seek discussions with the FIA in search of a “more equitable” in-season solution to the aerodynamic regulations introduced for 2021.

The impact of the winter rule changes designed to cut rear downforce and car speeds has proved a big talking point in the opening weeks of the new F1 season, with Aston Martin’s team principal particularly outspoken on the matter.

Szafnauer suggested at last month’s Bahrain GP the regulations had cost teams who run ‘low-rake’ concepts, such as Aston Martin and Mercedes, one second per lap in performance compared to those with high-rake designs, of which Red Bull is traditionally one.

High-rake cars run higher at the rear than the front, with the nose pointing more sharply downwards, compared to the flatter low-rake designs. 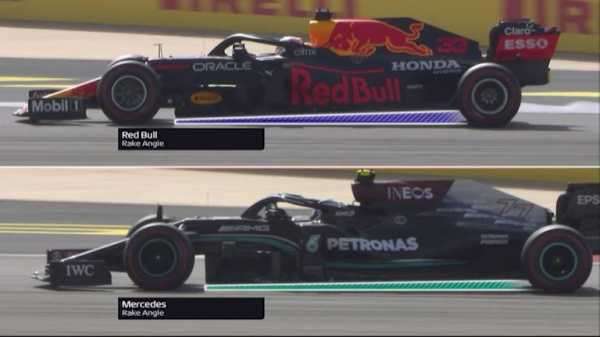 Speaking to Sky Sports F1’s Ted Kravitz at the Emilia-Romagna GP, Szafnauer revealed Aston Martin wanted to speak to F1’s governing body to discuss the process of how the change came about and to see if any tweaks to the regulations could be made.

“I think the right thing to do is have the discussions with the FIA and find out exactly what happened, and why, and then see if there is something that can be done to make it more equitable,” said Szafnauer.

Asked if he meant for this year, confirmed: “I think so because next year we have new cars. Next year this doesn’t apply.”

Szafnauer, whose rebranded Aston Martin team have lost ground in the midfield since a race-winning end to last season, added: “I think that’s the right thing to do.

“We as a team have to work hard to try to claw back everything we can but at the same time we should be having the discussions with the FIA to see if anything can be done to make it a bit more equitable.”

The team principal also did not rule out a legal challenge beyond discussions with the FIA.

What do other teams say on the matter? 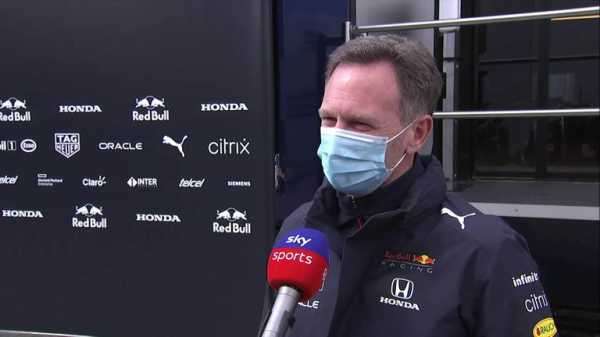 2:58 Red Bull team principal Christian Horner had his say on the latest F1 rules and regulations

Several rival team bosses have given short-shrift to the potential of in-season rule changes, when asked by Sky F1.

Red Bull’s Christian Horner said he was “struggling to get my head around” Aston Martin’s position.

“First of all, we’ve had a sample of one. Mercedes won that race with what you would classify a low-rake car,” Horner told Martin Brundle.

“They had absolutely equal, and maybe better, tyre degradation than we had in Bahrain. They’ve looked mighty impressive here and we’ve only run at one circuit so far.

“Now, when there was a front wing change a couple of years ago it really hurt us. We voted against it, but you just have to accept it.

“So it would seem a little naive to think that suddenly the rules are just going to get changed after the sample of a single race after the process has been fully followed. I’m struggling to get my head around that.”

Ferrari chief Mattia Binotto, whose team have also enjoyed a step forward in the new campaign, said rule changes from one season to the next were “part of the game” and that “I don’t think you can clearly see one concept is better or worse” for 2021.

AlphaTauri’s Franz Tost, meanwhile, predicted there was “no way” the downforce rules would be changed mid-year, adding: “You can’t change the regulations like you wish.” 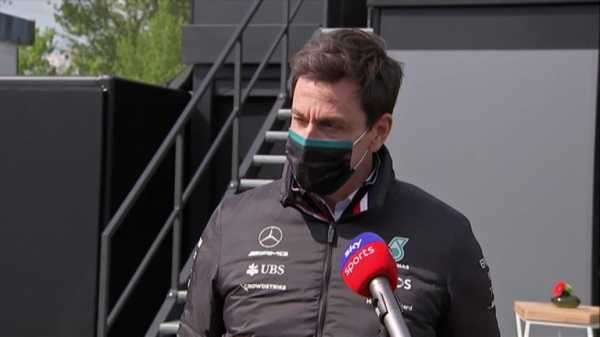 4:52 Mercedes boss Toto Wolff has his say on the latest F1 rule changes

Although he also believes the low-rake teams have lost more performance through the winter changes, Mercedes boss Toto Wolff would not be drawn on the matter at length.

“This is a tricky subject because you need to have the full picture before making any comment,” he told Sky F1.

“At that stage I don’t think it would be right to point the finger at someone or somebody, so I’d rather not talk about it for the time being.”