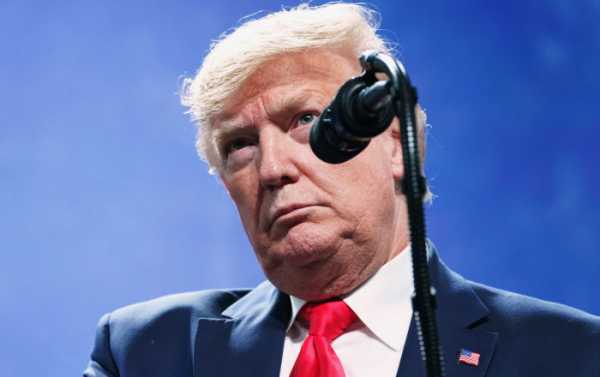 The Israeli media have suggested recently that the new peace project for the highly-conflicted region could be released within the next 24 hours, though the POTUS has dismissed the reports about the timing of the release as “purely speculative”.

US President Donald Trump said on Thursday he is planning to release the Middle East peace plan sometime prior to Israeli PM Netanyahu’s visit to Washington.

The president added that Palestinians may react negatively to his administration’s proposals at first, but nonetheless characterised it as a “great plan” that would benefit the Palestinian people.

He also said that his administration has had brief talks with the Palestinians, and is planning to speak to them again “in a period of time”.

The Israeli premier and his political rival, leader of the opposition Blue and White party, Benny Gantz are expected to fly to the United States on Tuesday, to discuss shared US and Israeli regional and national security interests.

Israel’s Haaretz newspaper reported that the US’ long-awaited peace plan could envisage Israel’s sovereignty over all West Bank Israeli settlements save 15, which the US would no longer automatically consider to be illegal, Secretary of State Mike Pompeo said back in November 2019. It would also secure the Jordan Valley as the Israeli eastern border.

According to the Times of Israel, citing state TV, the Israeli-Palestinian peace plan would also see full Israeli sovereignty throughout Jerusalem and “no significant return” of Palestinian refugees to the country.

Israel has continued to build settlements in the occupied areas despite objections from the United Nations, as it refuses to recognise the Palestinian National Authority as an independent political and diplomatic entity.

Premier Netanyahu has also repeatedly vowed to annex the Jordan Valley if re-elected in the March 2020 election.

The Trump administration has laid out steps to address the decades-long Palestinian conflict, however, their policies have received a negative response in the region itself, as well as from the international community.

In 2019, the US recognised Tel Aviv’s claims to the Golan Heights, which Israel has held control of since capturing it from Syria in the 1967 Six-Day War. Earlier in 2018, Washington recognised Jerusalem as the Jewish state’s capital.