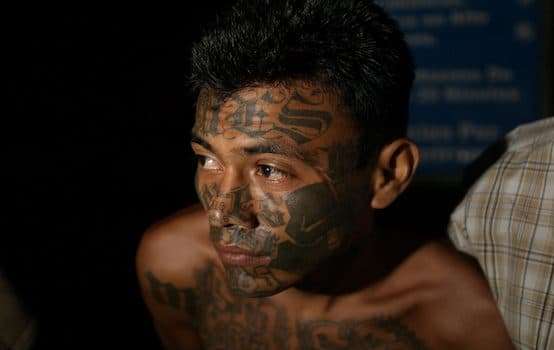 On January 8, the Trump administration announced that the Temporary Protected Status (TPS) of immigrants from El Salvador would be revoked. This will affect 200,000 Salvadorans who have been living and working legally in the United States since Hurricane Mitch devastated their country in 1998.

Putting aside the obvious humanitarian ramifications for a moment, this decision will, ironically, most certainly backfire in regards to Trump’s expansive promise to “defeat MS-13.”

MS-13 is undoubtedly one of the most dangerous criminal organizations in recent times, but the extent of its power has been exaggerated for political purposes. While it generates plenty of revenue from illegal drug sales within the U.S., as a transnational drug trafficking organization it pales in comparison with today’s active Mexican and Colombian cartels.

On the other hand, MS-13 profits tremendously from extorting illegal Central American immigrants here in the States. With roughly 10,000 members in the U.S. and another 60,000 in Central America, MS-13 can threaten illegal immigrants with violence and deportation. Furthermore, the gang members can harm those immigrants’ loved ones back in their home country.

That’s why this recent decision will be particularly advantageous for MS-13. Realistically, the federal government will be unable to enforce this immigration policy. Likewise, the vast majority of the 200,000 Salvadorans are unlikely to voluntarily leave. Instead, they’ll live in the shadows as prey for MS-13.

Trump has masterfully used MS-13 as a straw man in the immigration debate. The constant references to this glorified street gang leave the impression that most illegal immigrants are violent felons. It is a particularly artful tactic, given that 80 percent of voters believe that illegal immigrants convicted of a felony should be deported.

However, the vast majority of the 200,000 Salvadorans aren’t violent criminals. Although Hurricane Mitch is listed as their official reason for refugee status, the reality is that a high percentage of these people fled to the U.S. to escape violence in El Salvador.

Those who do return will be much more vulnerable back in El Salvador where MS-13 and their rival, Barrio 18, control large swaths of the country. In turn, assets these immigrants acquired while working in the U.S. will eventually be appropriated by these gangs.

There is a common misconception that a “weak immigration policy” led to the rise of MS-13. In fact, it was the aggressive deportation policy of the Clinton administration that transformed MS-13 into a transnational criminal organization.

Neither of El Salvador’s top gangs, MS-13 or Barrio 18, was actually formed in their home country. Both gangs spawned in Los Angeles in the 1980s. However, when the civil war in El Salvador ended in 1992, it gave the Clinton administration the green light to deport en masse these criminals, who had built up their networks and violent methods in our own criminal justice system and on the streets.

This hardline response was embraced by both major political parties (liberal and conservative), but it proved to be counterproductive. It led to mass incarceration and the institutions of the Salvadorian criminal justice system weren’t able to control this influx of inmates. Incarceration actually strengthened both gangs and overwhelmed a prison system that was already unofficially controlled by the criminals.

On the other hand, El Salvador’s liberal approach didn’t work either. Starting in 2012, both gangs entered into a two-year truce that led to a remarkable reduction in the official murder rate. However, later discoveries of mass graves suggest that the gangs just committed this violence in a more discreet manner. Also, the truce didn’t result in much of a quality-of-life improvement as the government gave numerous concessions to the gangs and extortion remained rampant.

El Salvador’s government hasn’t been able to control the staggering level of violence in this country, which has historically had one of the highest murder rates in the world. In 2016, there were 80.94 murders per every 100,000 people, which was roughly 15 times the global average.

That kind of a crime rate, along with rampant extortion, results in approximately 300,000 domestic refugees every year. Consequently, that instability leads to a perverse irony in which MS-13 profits from human smuggling to help the victims who are trying to flee from this chaos.

In many ways, El Salvador’s gangs are more powerful than the government. Case in point, both major political parties, FMLN and ARENA, paid protection money to both gangs to avoid election fraud and voter intimidation in the 2014 presidential election. The FMLN was the higher bidder with $250,000 as opposed to $100,000 from the ARENA, according to testimony by a leader of Barrio 18.

A recent report indicates that a similar protection scheme is in place for the upcoming legislative and municipal elections of this year. Candidates are compensating MS-13 in exchange for not engaging in voter intimidation.

There are several factors behind the weakness of the Salvadoran government, but the main driver is corruption from illegal drug money. This is an institutional, bipartisan problem, but Senator Marco Rubio publicly asserted that a leader of the liberal FMLN party, José Luis Merino, should face sanctions. Merino is linked with the Colombian communist political party, FARC, which is transitioning from a narco-terrorist organization.

As mentioned in a previous TAC article, Trump has advocated in the past for the only apparent solution to this problem: ending the war on drugs. Obviously, that’s not going to happen, but that one decision, above all, would harm MS-13 in an irreversible fashion and help improve the country’s national security.

Instead of addressing the other primary cause of instability in El Salvador—poverty—U.S. foreign aid comes primarily from the Department of Defense. U.S. tax dollars help provide military and counternarcotics aid to a government that is guilty of widespread human rights abuses.

Those funds indirectly benefit the government’s unofficial death squads operated by the military and police. These death squads have been corrupted by drug traffickers and target suspected gang members, gang “sympathizers,” and even people with no criminal backgrounds.

The death squads operate with relative impunity and are reminiscent of a time when “communist sympathizers” were summarily executed by the government’s paramilitary forces during the Civil War. With that said, the U.S. government not only supported these kinds of massacres, but that war itself led indirectly to the creation of MS-13.

Beginning in 1980, the post-coup, military-run government of El Salvador waged a civil war against the communist rebel group, FMLN (now the leading left-wing political party). The U.S. provided military aid to this regime that was responsible for the high-profile rape and murder of four Catholic missionaries.

The narco-linked paramilitary leader, Roberto D’Aubuisson, was also closely aligned with U.S. government officials. He is accused of numerous war crimes, including the infamous assassination of Archbishop Óscar Romero. (D’Aubuisson subsequently founded the right-wing ARENA political party, which is the leading conservative party in El Salvador.)

In total, approximately 80,000 people were killed in the Salvadoran Civil War in which 85 percent of the victims were killed by government or paramilitary forces. That war included massacres like the one in El Mozote in which approximately 1,000 civilians were murdered.

This U.S.-sponsored civil war obviously played a role in the country’s current destabilization. An estimated one million Salvadorans fled their homeland due to this widespread violence. Many of them immigrated to the U.S., including the original members of MS-13. In fact, one of the founding members of MS-13, Ernesto “Smokey” Miranda, was a former Salvadoran soldier.

So it’s easy to see how long-term U.S. foreign and domestic policy has actually empowered MS-13, along with other criminal organizations. Hence, Trump’s recent decision on immigration is merely one of several flawed policies that will boost this gang’s stature in the criminal underworld.

Brian Saady is the author of four books, including two that criticize the war on drugs: The Drug War: A Trillion Dollar Con Game and America’s Drug War is Devastating Mexico. Visit his website and follow him on Twitter @briansaady.