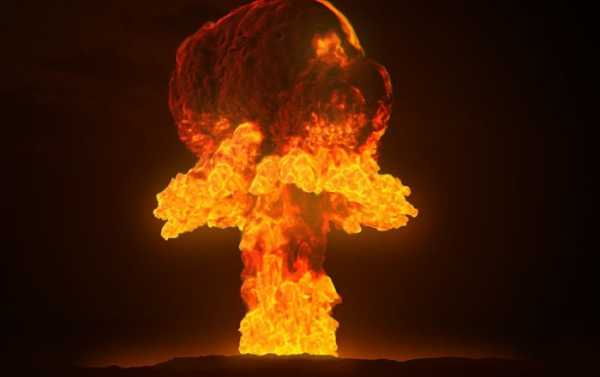 The report emerged as the United States expressed a desire to include China in the New START treaty and hopes of entering into “good faith” negotiations with Russia to discuss the establishment of a new arms countrol regime.

The Trump administration weighed the possibility of conducting the nation’s first nuclear test since 1992, reversing a decades-old ban on such actions, according to The Washington Post, citing unnamed official sources familiar with the matter.

The discussion reportedly took place at a meeting of senior officials from various national security agencies on 15 May and followed accusations of Russia and China violating the so-called “zero yield” standard with either low-yield or underground tests, which is not only something that both countries denied, but is also not supported by any viable evidence.

One of the cited administration sources suggested that the move could be useful in negotiating a trilateral agreement to regulate the threee nations’ arsenals, apparently referring to an idea being pushed by Washington of China joining an updated version of the New START treaty, which is set to expire in February 2021.

According to a reporter from Time magazine, the first steps toward resuming nuclear tests in the US were made in 2017. At the time, an unnamed National Nuclear Security Administration official told the reporter that nuclear tests could potentially be conducted for “political purposes”.

​Per a source, cited by The Washington Post, the reported meeting didn’t conclude with an agreement regarding the possibility of conducting a nuclear test, with another source saying that a decision was “ultimately made” to take other measures in response to alleged “threats posed by Russia and China” and to avoid a resumption of testing.

Some experts are concerned that such a move could send a poor signal to countries like North Korea and cast doubt on the need to stick to the moratorium on nuclear testing.

As the expiration date (February 2021) for the New START treaty closes in, Russia has repeatedly invited the White House to extend the agreement without preconditions. The US, however, has insisted that China should be part of the treaty as well.

On Friday, US Special Envoy for Arms Control Marshall Billingslea said that the country was seeking to create a new arms control regime that would include Russia and China, claiming that it is the “best way to avoid an unpredictable three-way arms race”. The same day, US National Security Adviser Robert O’Brien, commenting on the possibility of the US not extending the New START treaty, said he doubted Washington would take such a step, noting that the US intends to enter into “good faith” negotiations with Russia.

Moscow, in return, expressed readiness to engage in negotiations, noting any agreement should be verifiable and that the path to an agreement “is open” if the US wants it.

China, however, has refused to enter any trilateral agreement with Russia and the US, insisting that it is up to Moscow and Washington to fulfil the obligations to reduce the amount of nuclear weapons in the world.

Nuclear tests were banned by the Partial Test Ban Treaty (PTBT) signed in 1963 by the Soviet Union, the United States, and the United Kingdom. Some 123 other states have since become part of the treaty. In 1974, the USSR and the US signed an additional agreement curbing underground nuclear tests.