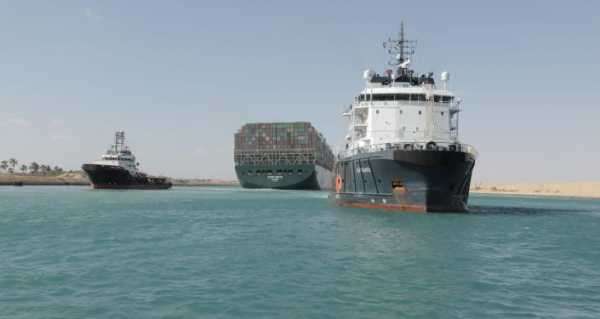 Egypt’s state-owned Suez Canal Authority said on Wednesday that the total cost of the cargo vessel Ever Given blocking all traffic through the canal for six days could reach as high as $1 billion.

“We will continue the calculation, count all the funds that we have used since the incident’s first day, costs of the use of tugs and dredging vessels, which worked around the clock,” Suez Canal Administration chief Osama Rabia told Egyptian news channel Sada el-Balad TV on Wednesday “This is a significant sum … $1 billion or something like that.”

For now, the Japanese-owned, Taiwanese-operated, Panamanian-flagged vessel has been towed to the Great Bitter Lake, which is about halfway through the canal that connects the Mediterranean and Red seas. There Ever Given will stay until a complete investigation of the incident is complete, including safety inspections of its hull, the front of which became lodged in the eastern bank of the canal. It had been traveling from China to the Netherlands before the mishap occurred.

Ever Given container ship is pictured in Suez Canal in this Maxar Technologies satellite image taken on March 26, 2021.

Ever Given became lodged in the Suez Canal on March 23. Longer than the waterway is wide, its huge hull totally blocked passage, causing hundreds of ships to accumulate at both ends of the canal. While it was estimated the immediate traffic jam will take between three and six days to totally clear, global shipping could take six months to return to normal. With the canal blocked, many captains plotted out routes south around the Cape of Good Hope, as ships once did before the canal opened in 1869, while land freight routes across Asia saw a pronounced uptick in traffic.