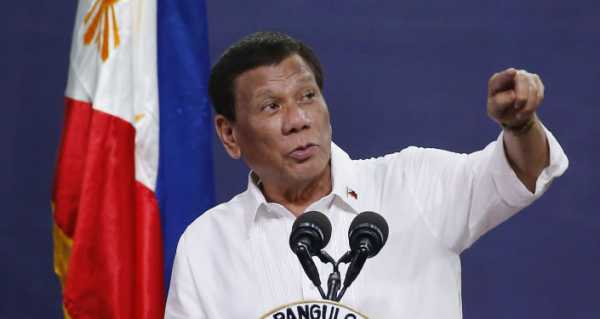 The news upset the president’s critics, who urged him to follow the example of other Asian heads who have led the way and encouraged the public to get vaccinated by receiving a jab in public. According to Johns Hopkins University, the Philippines has 516,000 coronavirus cases and has recorded more than 10,000 deaths from the disease.

Philippine president Rodrigo Duterte will break his promise to be vaccinated against COVID-19 in public. According to his spokesman, Harry Roque, the 75-year-old head of state will have the jab in private because it will be administered into the buttocks and therefore cannot be seen by everyone. The spokesman said it was the president’s “personal wish” to be vaccinated in private.

Duterte’s spokesman emphasised that the president will follow in the footsteps of the 94-year-old British monarch, Elizabeth II who, with her 99-year-old husband Prince Philip, was vaccinated at the beginning of January in private.

Duterte’s decision attracted criticism from his supporters. Vice-President Leni Robredo said members of the public will be certain of the efficacy of the inoculation and will get vaccinated if they see the president getting the jab in public. A recent poll conducted by Pulse Asia revealed that almost half the respondents do not want to take coronavirus vaccines for safety reasons. Only 32 percent of respondents expressed willingness to take a jab, and 21 percent were undecided.

The Philippines bought five COVID-19 inoculations: those developed by Moderna, AstraZeneca, Sinovac, Gamaleya Research Institute of Epidemiology and Microbiology and Novavax. Carlito Galvez Jr, who is in charge of the government’s policy to fight the pandemic, said the country hopes to secure 148 million doses of jabs this year.