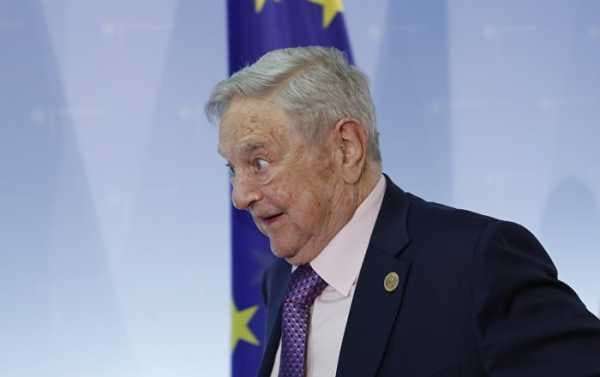 George Soros, founder of the Open Society Foundations (OSF), has defended his generous contribution to an anti-Brexit campaign, saying that leaving the EU is a “tragic mistake” which would inevitably weaken Great Britain.

Writing for the Mail on Sunday, Soros said that he was a “proud supporter” of Best for Britain, calling Brexit a “lose-lose proposition” both for Britain and Europe.

”This process will change Britain and Europe from friends into foes, at least during the transitional period. Before the referendum Britain was doing better economically than the rest of Europe. But this has now been reversed, with continental economies powering ahead while Britain lags behind,” he wrote.

The tycoon came under fire last week when Lord Mark Malloch-Brown, chairman of the Best for Britain campaign, revealed details of his donations.

“George Soros’s foundations have, along with a number of other major donors, also made significant contributions to our work. Indeed, through his foundations, he has contributed £400,000,” Malloch-Brown said.

While delivering a speech at the 2018 World Economic Forum in Davos, Soros did not hesitate to say that he “would like to see Britain remain a member of the EU or eventually rejoin it.”

The United Kingdom held the Brexit referendum in June 2016, with almost 52 percent of Britons supporting the decision to withdraw from the European Union. Negotiations over the “divorce” were launched in June 2017 and are expected to be completed by the end of March 2019.

A War in the Shadows: The Record of Iranian Nuclear Scientists Killed Over the Decade