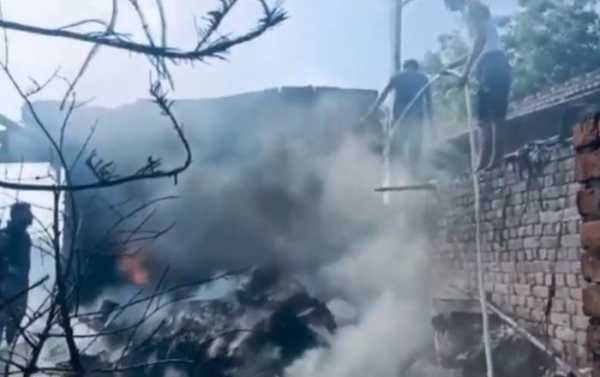 New Delhi (Sputnik): Expressing grief over the incident, Uttar Pradesh state chief Yogi Adityanath has ordered district authorities and police officials to provide relief to the injured and carry out an investigation. He also offered his condolence to the families of the deceased.

At least seven people have been killed and four others left injured in an explosion at a candle factory in the Indian city of Ghaziabad in Uttar Pradesh. According to district magistrate Ajay Shankar, the cause of the fire has yet to be ascertained.

Visuals from the factory appear to show locals trying to douse the fire, with firefighters reaching the spot to carry out a rescue operation.

​According to a senior Ghaziabad police officer, the factory used to manufacture fancy candles used on birthday cakes.

Officials have also stated that the factory didn’t have a manufacturing license.