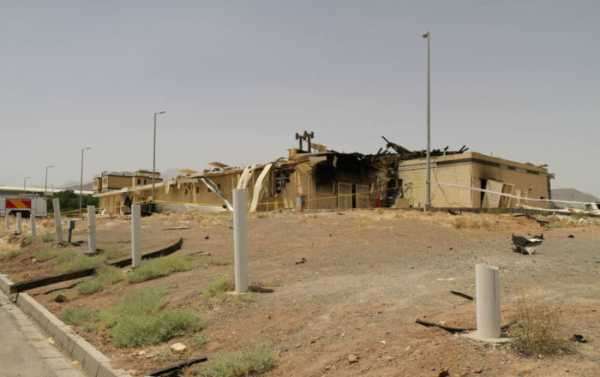 Iran has faced a series of explosions throughout the country over the last couple of weeks, but no foul play has been reported so far at any of the sites of the incidents, although some media outlets alleged that Israel was involved in the events.

Israeli Defence Minister Benny Gantz has hinted that recent explosions, which took place in Iran over the last few weeks, might not be related to Israel’s activities. While he acknowledged that Tel Aviv does undertake some efforts against the Islamic Republic, not everything bad that happens in Iran is necessarily the result of Israel’s actions, the official stressed.

At the same time, the defence minister refused to “refer to any individual event” in his speech, only saying that Israel will do anything in its power to “prevent Iran from spreading terror”.

The defence minister’s comments come following several explosions that took place over the course of the last two weeks in Iran. The first of these was reported on 27 June, not far from the capital in a “public area” that was uninhabited, according to Iranian officials. Unconfirmed media reports, in turn, suggested that the place hosts a missile production facility with underground tunnels.

Another explosion took place on 2 July at Natanz nuclear site, which, fortunately, didn’t lead to contamination, as the facility didn’t host any nuclear or radioactive material at the time. The Kuwaiti daily al-Jarida alleged that neither explosion was accidental and that Israel was behind both incidents using F-35 stealth jets in one and its cyber arsenal in another.

In addition to these incidents, two more blasts happened within the same time-frame, one at the Zargan power plant in Ahvaz and another at Sina Athar Medical clinic in Tehran, with the latter claiming the lives of 18 people.