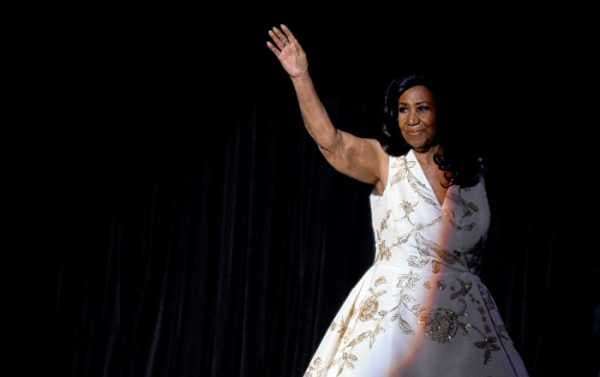 Aretha Franklin, the “Queen of Soul”, has died aged 76 after a long battle with pancreatic cancer. Sputnik takes a look at her long and illustrious career in the music industry.

The death of Aretha Franklin, who passed away on Thursday, August 16, has deprived the world of one of the greatest vocal influences in the history of popular music.

She was born in Memphis and died in Detroit, two US cities which between them have more musical connections than any other.

Whitney Houston’s mother, Cissy, was even a backing singer for Franklin.

Born To a Preacher

Aretha was born on March 25, 1942 to C. L. Franklin, a Baptist preacher, and his wife Barbara and not surprisingly their little girl grew up surrounded by gospel music.

Her father moved the family to Detroit, then the home of the booming US automobile industry, and she sang in the choir at his New Bethel Baptist Church.

Young Aretha’s voice was so powerful and distinctive that at the age of 14, an album of gospel tracks by her — Spirituals — was released on a local music label.

Four years later she signed a contract with the mighty Columbia Records label and released her first album, which had the less-than-modestly title of The Great Aretha Franklin.

But her career really took off in 1966 when she switched to Atlantic Records and teamed up with producer Jerry Wexler, who would work on her next 14 albums.

He produced her number one hit — which would later become her anthem — Respect, which was originally recorded by Otis Redding.

Respect topped the US charts for several weeks in 1967 and would become a totemic song for the civil rights movement, and later to feminist campaigners.

Rolling Stone ranked it number five on its list of the Greatest Songs of All Time.

In 1968 she was the natural choice to sing at the funeral of assassinated civil rights icon Martin Luther King Jr.

Following Respect came from a string of pure gold hits, like Chain of Fools and (You Make Me Feel Like) A Natural Woman.

“If a song’s about something I’ve experienced or that could’ve happened to me, it’s good. But if it’s alien to me, I couldn’t lend anything to it. Because that’s what soul is about — just living and having to get along,” she told Time magazine in 1968.

In the 1970s and early 1980s Aretha Franklin was lost in successive tsunamis of disco, punk and rap music but a cameo performance in the film The Blues Brothers, where she sang her classic song, Think, revived interest in her.

She followed it up with Freeway of Love then Sisters Are Doing It For Themselves, which was a collaboration with The Eurythmics.

In 1987 her duet with George Michael, I Knew You Were Waiting (for Me), topped the charts in the US.

Performed For Two US Presidents

Aretha performed at the inaugurations of two US presidents, delivering a stirring rendition of My Country ‘Tis of Thee at the 2009 ceremony for Barack Obama, the first African-American president.

She also sang at the 2011 dedication of the Martin Luther King memorial in Washington, performing a rendition of the gospel anthem Precious Lord.

In 2014 she honored younger singers like Adele and Sinead O’Connor by covering their songs on the album Aretha Franklin Sings the Great Diva Classics.

She was awarded the Presidential Medal of Freedom, the highest US civilian honor.

But behind the scenes Aretha’s life was as dramatic and traumatic as the lyrics of her songs.

She gave birth to a son, at the age of 13, and had another child two years later.

Married and divorced twice, she battled with both her weight and the bottle throughout her life.

In 1979 her father was shot and mortally wounded in a robbery but he only died five years later.