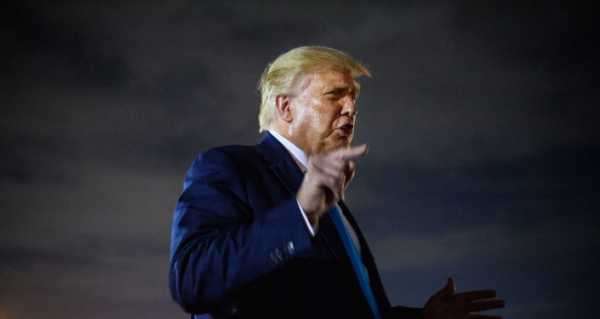 WASHINGTON, September 19 (Sputnik) – On Friday, Ginsburg died of cancer at the age of 87 years. According to the NPR broadcaster, shortly before the death, Ginsburg told her granddaughter she would like her seat to remain vacant until the presidential election.

US President Donald Trump said that he was saddened by the death of Supreme Court Justice Ruth Bader Ginsburg.

On Friday, Ginsburg died of cancer at the age of 87 years.

“It’s sad, she was an amazing woman,” Trump told reporters on late Friday.

Trump has not spoken about possible nominees for Ginsburg’s seat in the Supreme Court.

White House press secretary Kayleigh McEnany said that she was admiring Ginsburg’s career, adding that the US flag on the White House had been dipped over the death of the justice.