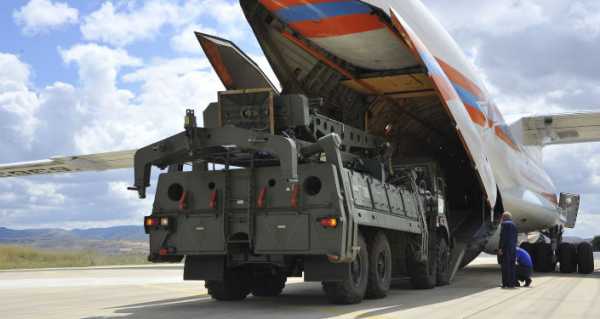 WASHINGTON (Sputnik) – US Defense Secretary Lloyd Austin in his phone conversation with Turkish Minister of National Defense Hulusi Akar called on Ankara not to retain the Russian-made S-400 missile defense systems, the Defense Department announced in a release on Thursday.

“Secretary Austin and Minster Akar discussed the instability along NATO’s eastern and southern flanks, including challenges posed by Russia,” the release said. “Secretary Austin noted the importance of working to strengthen US-Turkey military-to-military cooperation, and urged Turkey not to retain the Russian S-400 missile defense system.”

Austin thanked Akar for Turkey’s role in the Resolute Support Mission in Afghanistan and for its support of the ongoing peace process, the release said.

“The two leaders also discussed the positive diplomatic developments and efforts to reduce all tensions in the Eastern Mediterranean, where the Secretary welcomed ongoing exploratory talks between NATO Allies Turkey and Greece and the commitment of both governments to this process,” the release said. “Secretary Austin also highlighted cooperation among Allies and partners in the Black Sea, including recent exercises that included the USS Monterey and USS Thomas Hudner and Turkish naval assets.”