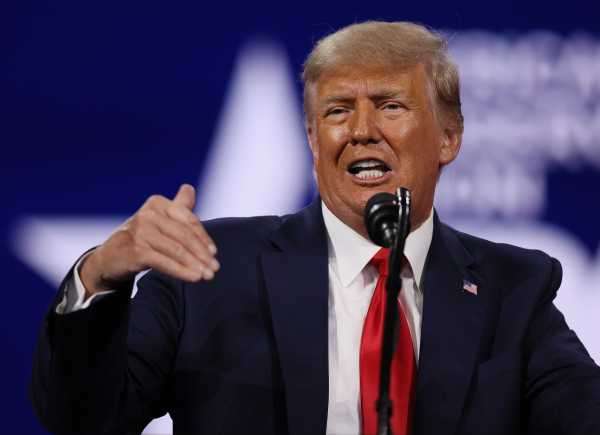 Foreign workers who were barred from entering the US since last June — under a pandemic-related ban instituted by former President Donald Trump — will finally be able to apply for temporary visas again.

President Joe Biden is reportedly not seeking to renew the ban, which expired Wednesday after Trump extended it in December, citing concerns that foreign workers could threaten employment opportunities for Americans who were laid off as a result of the Covid-19 pandemic.

Despite lifting other Trump-era restrictions on legal immigration shortly after taking office, which he claimed did “not advance the interests of the United States,” Biden had chosen to keep the work visa ban in place, drawing criticism from business leaders and immigrant advocates.

“Even though the premise of the ban isn’t true, saying you’re rescinding a ban that was protecting the US labor market puts you in a very difficult position,” Sharvari Dalal-Dheini, director of government relations for the American Immigration Lawyers Association, said. “The Trump administration knew what they were doing when they extended that ban right before leaving office and put the Biden administration in a tricky position to be able to lift it.”

Those affected included skilled workers applying for the sought-after H-1B visa, which the tech industry has come to rely on, and their spouses applying for H-4 visas as their dependents. Foreigners transferring to the US offices of their multinational companies through L visas, including business executives, and some scholars and people participating in cultural and work exchanges on J-1 visas, were also banned.

Although Trump administration officials argued, at the time the ban was instituted, that it would save 525,000 American jobs, most of the layoffs ultimately occurred in industries that do not employ a significant number of foreign workers coming on visas. This suggests that the ban did little to lower unemployment and could have harmed companies that employ both Americans and noncitizens.

The ban always excluded immigrants who are already in the US, existing visa holders, temporary workers in food production industries, and health care workers and researchers fighting Covid-19.

Although Biden is allowing the ban to sunset, many foreign workers are still facing pandemic-related travel bans for most of Europe, Brazil, China, Iran, and South Africa and are still barred from entering the US.

Even those who are now eligible to enter the US could face additional months of waiting before their visa applications are processed. Consulates abroad where visa interviews are conducted still aren’t fully operational due to the pandemic. They also haven’t been bringing in enough revenue, since their budgets rely in part on fees from visa applicants.

With limited resources, consulates are prioritizing applications for people seeking to immigrate to the US permanently, as opposed to those on temporary worker visas. The State Department said that, as of February, there was an extensive backlog of 473,000 such applicants — and that number even excludes cases where applicants haven’t had an interview or are still pulling together the required documents.

The State Department has taken steps to speed up processing, including announcing that it will waive interviews for people who were previously issued a visa in the same category in the recent past. But Dalal-Dheini said that officials should also consider additional interview waivers, automatic extensions of visas that may have expired while immigrants couldn’t enter the US, and revalidating visas for people already in the US without them having to leave the country.

For some foreign workers, however, the waiting game might be too long.

“People aren’t going to be able to sit around and wait for the policies to be overturned and the processes to catch up when there’s opportunity to go elsewhere,” Dalal-Dheini said. “They’ll go elsewhere. Or, as the pandemic has proven, people can work from wherever, so don’t have to come to the US.”