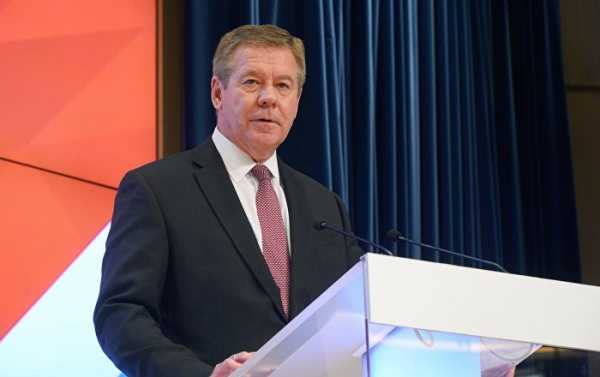 GENEVA (Sputnik) – Russia’s permanent representative to the UN Office in Geneva Gennady Gatilov has arrived in the Swiss city, a Sputnik correspondent reported on Tuesday.

Gatilov was born in 1950. In 1972, he graduated from the Moscow State Institute of International Relations. Since 1972, he has been working within the Foreign Ministry system at various positions in the central office and abroad. Since January 2011, the diplomat has held the post of a Russian deputy minister. Gatilov took part in the work of many sessions of the UN General Assembly and other international forums, including within the framework of the Geneva process of an inter-Syrian settlement. He speaks English and Arabic.