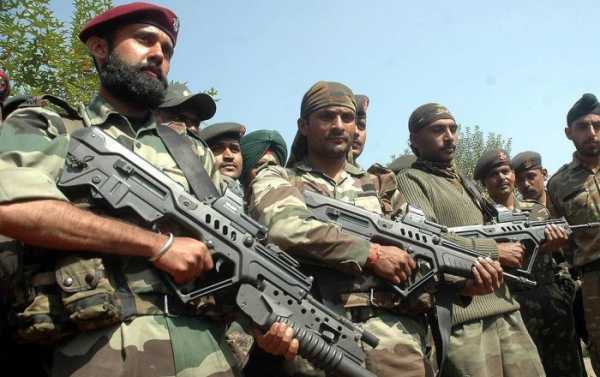 New Delhi (Sputnik): On Monday, the Indian Army foiled an infiltration bid in Jammu and Kashmir and killed at least 10 armed militants alleged to have been trained in Pakistan. Army sources claimed that they have also destroyed suspected launch pads along the Line of Control dividing the disputed region of Kashmir between the nations.

On 28 May, the Indian Army foiled a suicide attack against security forces using an explosive-laden car in the Pulwama district.

Tension between New Delhi and Islamabad over the disputed region of Jammu and Kashmir has recently increased, and on 31 May, Delhi police detained two Pakistan mission employees on suspicions of espionage.

This year the countries have engaged in more than 2,500 ceasefire violations along the Line of Control (LoC), which have escalated since April.

Both of the nuclear-armed South Asian nations claim Kashmir in full, with the already tense relations further deteriorating last summer when New Delhi stripped Jammu and Kashmir of its special status by revoking Article 370 of the Indian Constitution.