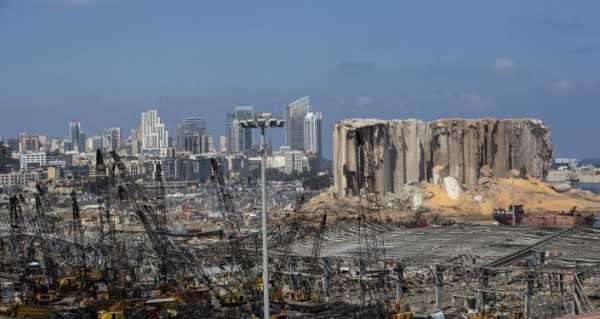 MOSCOW, (Sputnik) – The Lebanese army has teamed up with the country’s customs services to begin on Thursday the inspection of around 700 containers, which had been left in the port of the Beirut capital since 2005, in the light of the August explosion, the Lebanese Ministry of Finance announced on Thursday.

“Under the directions of the finance minister of the caretaker government, Dr. Ghazi Wazni, the army, in cooperation with the customs services, will start today the inspection of around 700 containers left in the port since 2005,” the ministry’s information office said in a statement, as cited by the NNA state news agency.

On Wednesday, Wazni and Armed Forces Chief Joseph Aoun discussed in a phone conversation the coordination issue between the nation’s armed forces and customs officers to examine the abandoned containers and take care of them immediately, the statement read.

The finance minister has held a meeting with the president of the Lebanese Higher Council of Customs, Assaad Tfaily, Acting Customs Director Raymond El Khoury and the acting head of the Beirut port, Bassem Al-Qaysi, to discuss the full cooperation on rapid steps to deal with the containers and ensure their security, according to the statement.

The complex investigation is already ongoing to unveil the circumstances of the Beirut port blast and determine identities of those involved in the wide-scale incident.

Last week, the investigation judge, Fadi Sawan, filed a suit against the Lebanese caretaker prime minister, Hassan Diab, and three former ministers — Ali Hassan Khalil, Ghazi Zuaiter and Youssef Fenianos — accusing them of negligence resulting in hundreds of deaths and injuries. In response, Diab expressed surprise over those charges, noting that he was “confident that his hands are clean.”

An anti-government protester holds a picture of Lebanese President Michel Aoun as he shouts slogans during a protest, in Beirut’s Ashrafieh district, Lebanon, Thursday, Nov. 26, 2020.

On August 4, the Beirut port was devastated by a powerful blast believed to have been caused by the improper storage of ammonium nitrate. The blast shattered the port and the city, killing at least 204 people, injuring many others, and causing widespread devastation to houses and vehicles.