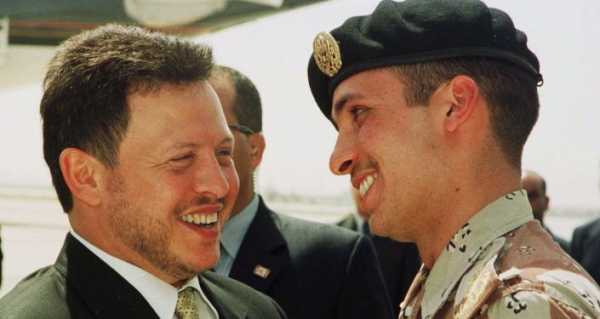 The foreign minister went on to say that the royal had held contacts with unnamed foreign intelligence and was seeking to depose the current King Abdullah II.

He also said that King Abdullah II met with his half-brother yesterday night and “ordered him to stop all actions that targeted Jordan’s security and stability,” to which Hamzah “responded negatively.”

The minister explained that Prince Hamzah and those close to him had contacted Jordanian opposition abroad and activists and figures in the country to join them.

Safadi added that the unnamed foreign intelligence service contacted Prince Hamzah’s wife yesterday and offered to provide a plane to fly them out of the country.

In a separate development, the mother of Prince Hamzah, Noor Al Hussein, called claims that her son was preparing a coup “wicked slander.”

​Noor Al Hussein was the fourth and last wife of King Hussein who ruled Jordan from 1952 until his death in 1999. She has since been active in charity and promotes various causes.

On Saturday, state media reported that several high-ranking officials were arrested for security reasons in Jordan. In a video message, Hamzah bin Hussein, half-brother of King Abdullah II, said that he had been placed under house arrest and cut off from communication. The armed forces deny that the prince was arrested, noting that he was told to cease “movements and activities that are used to target” the security and stability of Jordan.