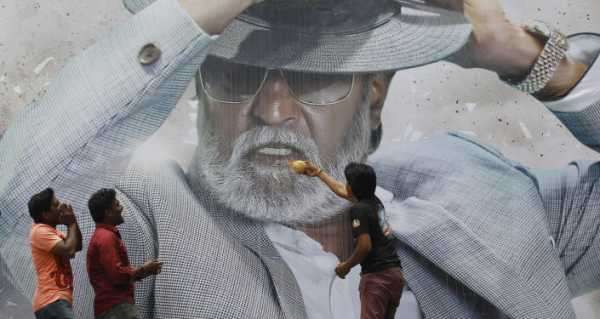 In a career spanning four decades, Indian cinema’s most iconic star Rajinikanth, 70, won millions of hearts with his remarkable performances in blockbuster movies like “Billu”, “Sivaji”, and many others.

The fans of megastar Rajinikanth can’t keep calm as the actor will be given the nation’s highest film honour, the 51st “Dadasaheb Phalke Award” by the government of India for his contribution to Indian cinema.

The actor, who started out as a bus conductor, made his debut in the 1975 movie “Apoorva Ragangal” and became one of the highest-paid actors in India.

Calling him “one of the greatest actors in the history of Indian cinema”, Information and Broadcasting Minister Prakash Javadekar made the announcement and said, “His contribution as an actor, producer, and screenwriter has been iconic”.

For the “Dadasaheb Phalke Award” Rajnikanth will be honoured with a Swarna Kamal (Golden Lotus) medallion, a shawl, and a cash prize of INR 1 million ($13,629).

Netizens and celebs have taken to social media pouring out congratulatory messages and recalling his great work.

​The actor is the recipient of two other national honours, the “Padma Bhushan” and the “Padma Vibhushan”.