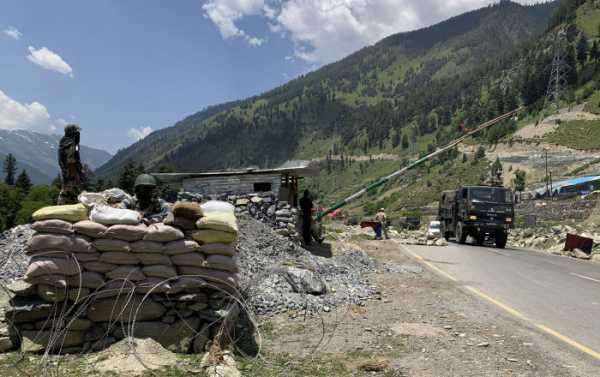 New Delhi (Sputnik): Tensions have run high after clashes erupted along the de facto border or Line of Actual Control (LAC) between India and China, leading to the deaths of 20 Indian soldiers and an unverified number on the Chinese side in skirmishes on 15 June.

India’s Defence Ministry has delegated powers to its armed forces to Spend up to $40 million to buy emergency weapons, following its standoff with the Chinese army along the Line of Actual Control in Ladakh. A defence ministry spokesperson said the decision was taken “considering the security environment due to the prevailing situation along the northern borders.”

In the normal course of events, the procurement of weapons take far longer, with several layers of approvals – both in the defence ministry and the armed forces.

Both sides also mobilised more troops and military assets along the border after the flare-up even as talks were being held to de-escalate the situation. The fourth round of talks between army commanders happened on Tuesday (14 July) but there is no official word about the disengagement of the army to its pre-May position, when the build up of forces began in the Galwan Valley of eastern Ladakh.

The Indian defence ministry has also been urging its military suppliers in Russia, France and Israel to expedite contractual deliveries of military equipment. During a recent visit to Moscow, Indian Defence Minister Rajnath Singh sought to expedite the delivery of high-tech weapon systems.

The India-China border dispute covers the 4,057 km-long LAC from Arunachal Pradesh in the northeast to Ladakh. While the LAC is mainly a land border in most regions, in Pangong Tso in Eastern Ladakh, it passes through a lake. India controls the western portion of the 45-km long lake, while the rest is under Chinese control. Most of the clashes between the two countries have taken place in the Galwan Valley.