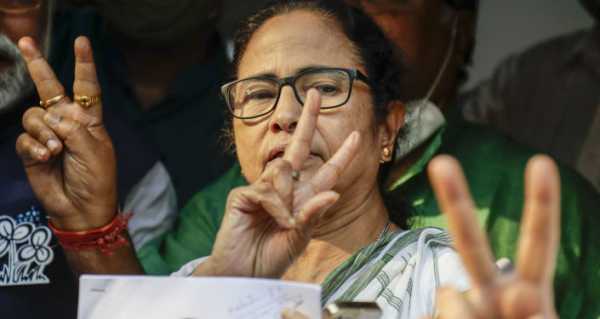 On Sunday, Congress Party leader Rahul Gandhi announced he was suspending all public rallies in West Bengal due to the COVID-19 surge, and advised all political leaders “to think deeply about the consequences of holding large public rallies under the current circumstances”.

The state chief of India’s West Bengal, Mamata Banerjee, will not campaign any further in the state capital Kolkata despite the ongoing elections and a tough fight with the main opposition Bharatiya Janata Party (BJP).

Speaking on behalf of his party, All India Trinamool Congress (TMC) leader Derek O’Brien made the announcement. He, however, added that the election rallies carried out by Banerjee in all districts of the state will not be longer than 30 minutes.

​Banerjee told the media that her party would organise small meetings in Kolkata on the last day of campaigning, 26 April, and she would give short speeches in rallies in districts “where polling would be held in the remaining three phases”.

The step has been taken amid the rising COVID-19 cases in the state.

According to the Health Department, on Sunday, West Bengal registered 8,419 new COVID-19 cases, its highest single-day spike, taking the tally to 659,927 in the state.

The state assembly elections for 294 seats are being held in eight phases this year. Political parties are holding massive rallies and roadshows leading to many people ignoring the pandemic guidelines, like social distancing or face masks.

The ECI, in its order, said that no rallies, public meetings, street plays, or nukkad sabhas (corner meetings), will be allowed on any day during the days of the campaign between 7 p.m. and 10 a.m. (local time).