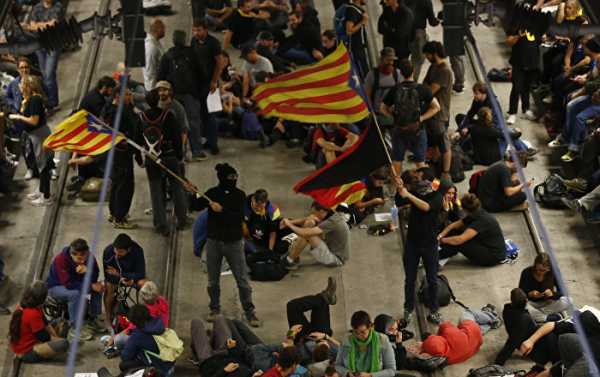 Catalonian independence activists are protesting on the streets of Madrid under the banner ‘self-determination is not a crime’.

More than 60 political collectives from Catalonia and other parts of Spain are heading to the nation’s capital aboard 400 chartered buses, and are expected to gather and march between Atocha and Plaza de Cibeles.

In February, thousands of people gathered in Madrid to protest against talks proposed by Spanish Prime Minister Pedro Sanchez, aimed at easing political tensions in Catalonia. The demonstrators gathered at the Plaza de Colon in the city centre under the slogan “For a united Spain, elections now!”