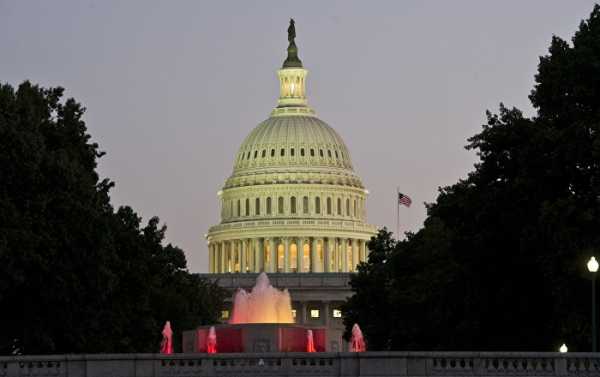 The US House of Representatives joined the US Senate in passing a spending bill on Friday to bring the current partial government shutdown to an end. Trump signed the temporary three-week budget later.

According to Roll Call, the House and Senate also passed a Homeland Security spending measure that would allow for the establishment of a conference committee to debate funding for border security.

“I hope the experience of the last 35 days has taught us that we should never repeat this exercise of shutting down government again,” House Minority Leader Steny Hoyer said on the floor as officials voted.

Trump signed the temporary three-week budget to end the shutdown, the White House said in a statement later.

“On Friday, January 25, 2019, the President signed into law: H.J. Res. 28, the ‘Further Additional Continuing Appropriations Act, 2019,’ which includes a short-term continuing resolution that provides fiscal year 2019 appropriations through February 15, 2019, for continuing projects and activities of the Federal Government included in the remaining seven appropriations bills. Also included in the enrolled bill are provisions regarding retroactive pay and reimbursement, and extensions of certain authorities,” the statement said.

Trump is expected to continue talks with the Democrats on the full-fledged budget within next three weeks.

The latest development comes after Trump announced that a deal had been made earlier on Friday that would provide funding until February 15. “I will make sure that all employees receive their backpay very quickly or as soon as possible,” Trump told reporters outside of the White House. Additionally, he said he might use emergency powers if a “fair deal” regarding border security funds won’t be reached.

Citing internal documents, CNN reported that the White House has already begun to prepare a draft proclamation in the event that Trump opts to declare a national emergency in order to begin building the southern barrier, which POTUS stresses will help to curb illegal immigration and the entry of drugs. The documents reportedly obtained by the publication indicates that a sum of $7 billion has already been identified and could be pulled from other projects in such an event.

The shutdown, which began on December 22, 2018, is the longest in US history, far surpassing the previous record held by the Clinton administration at 21 days. Roughly 800,000 federal workers were furloughed, while thousands of others were kept on duty without pay.