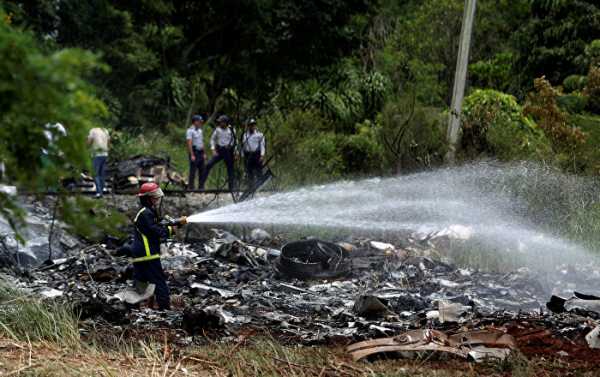 Cuba has confirmed that 110 passengers and crew that were onboard the Boeing 737-200 plane that crashed Friday shortly after takeoff from Havana airport died, state-run media reported.

A Cuban airliner with 110 people onboard fell to the ground and burned on Friday. Four passengers, a man and three women, were earlier said to have survived the accident. The man died of his injuries soon after he was rescued from under the debris.

There were five children reported among the deceased in the crash, Reuters said.

The Boeing 737-200 was leased by Cubana de Aviacion from the Mexico-based Aerolineas Damojh, the Mexico’s airline said there were 104 passengers and six Mexican crew on board. Five passengers were foreigners.

The passenger jet came down in a field just outside Havana international airport. Witnesses reported that the airliner had veered to one side before striking a power line.