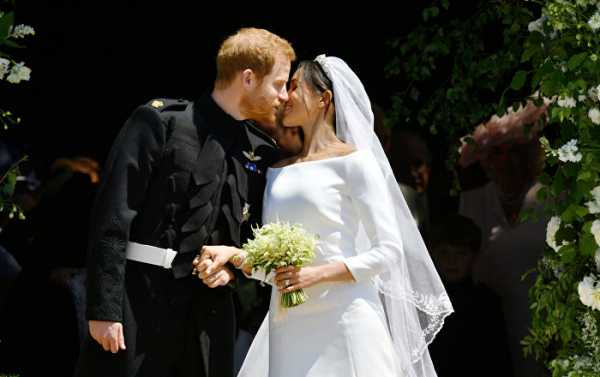 The royal wedding was no average affair. In fact, Meghan Markle and Prince Harry’s wedding cost around $42.8 million.

However, most of that money didn’t go toward beautiful flowers, luxurious decorations or a massive cake. Instead, it paid for keeping the happy couple and their guests safe and sound.

According to UK wedding side Bridebook, the cost of security for the royal wedding, including rooftop snipers, undercover police and a counter-UAV system, topped out at around $40.1 million. Other expenses, such as food, flowers and that fabulous dress, tallied some $2.7 million, according to luxury wedding planner Aimee Dunne cited by “CNBC Make It.”

While the royal family announced that it paid for the church service, the musicians, the flowers, all those decorations and the sumptuous reception party, the staggering security tab is expected to be picked by UK taxpayers.

The blushing bride — an independent woman of means in her own right — was reported to have footed the bill for the gorgeous $550,000 wedding dress.

The pure white silk wedding gown was designed by renowned British designer Clare Keller of the French fashion house Givenchy, while the spectacular five-meter veil was embroidered with flowers of the Commonwealth and held in place by a diamond bandeau tiara, lent to her by the Queen.

Although the royal wedding will be costly for the UK government, the royal family and Markle, it is also expected to generate money.

According to Brand Finance, a business valuation consultancy, the lavish event is expected to sweep some $1.43 billion into the UK economy through tourism, retail, fashion and merchandising.

On Saturday, Meghan Markle and Prince Harry — exchanging vows and rings at the altar — were declared husband and wife in a top-tier celebration on Saturday, with the fabled Windsor Castle filled with distinguished guests.