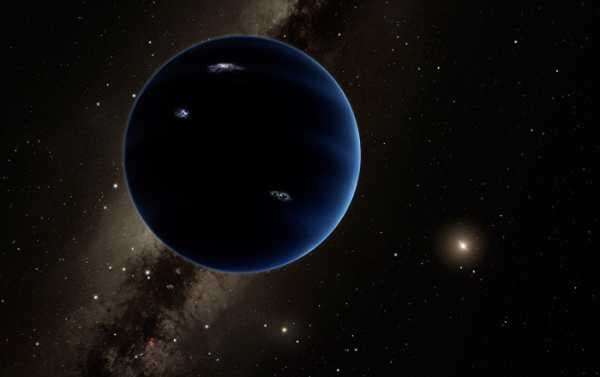 A recent discovery has added evidence that Planet Nine – orbiting in the Oort Cloud far beyond Pluto – exists.

Astronomers looking for evidence of a large planet lurking at the fringes of our solar system have instead located an odd dwarf world that, while not precisely what they seek, nonetheless provides additional evidence of the mysterious Planet Nine.

Astronomical observers have identified a small celestial body technically within the Solar System that exhibits a strange orbit that — according to researchers — can only be explained by assuming that another much larger as-yet-undetected object is also describing a similar orbit around the sun.

For a handful of years astronomers have asserted the existence of a ninth planet well beyond the orbit of Pluto circling our sun and have been resolutely searching the heavens for proof.

The hunt became serious after skywatchers in 2016 noticed that several distant solar system objects were behaving strangely. The far-orbit solar system bodies — much farther away than Pluto — all orbited the sun at a pronounced angle from that of the inner planets.

The discovery suggested that the gravitational influence of another — and much larger — planet was affecting the orbits of the distant orbital bodies.

2015 BP519, orbiting the sun at a 54 degree angle when compared to almost everything else inside the orbit of Pluto, has many astronomers theorizing that Planet Nine is the cause.

The discovery and confirmation of Planet Nine — and all far-orbit solar system bodies — is extremely problematic, given that it’s location is thought to be several times as distant as Pluto.

Even humanity’s most powerful telescopes have a very difficult time picking out a tiny dot that is also completely dark, as it is thought to be too distant to reflect the sun’s rays back to us.

Although it doesn’t help that astronomers are not sure exactly where to point their telescopes, the increasing body of evidence indicates that in the not-too-distant future, the mysterious Planet Nine is due for its closeup.