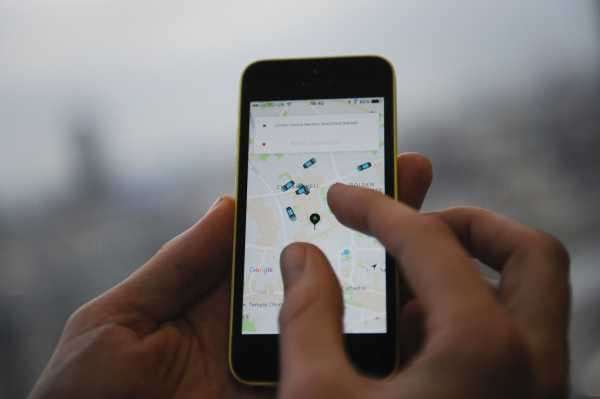 London is kicking Uber out of the city.

Citing concerns that the ride-hailing company is not “fit and proper” in its compliance with regulations, Transport for London, the government body that oversees the city’s transportation, announced on Friday that it won’t be renewing Uber’s license to operate in the city. The license expires on September 30.

Transport for London said that Uber demonstrates a “lack of corporate responsibility” tied to a number of its behaviors, such as failing to report sexual assault by its drivers and using lax background checks.

The decision not to renew Uber’s license could end up causing a major upheaval in the lives of the 30,000 to 40,000 licensed Uber drivers there and the roughly 3.5 million Londoners who rely on them.

But Uber has said it plans to challenge the decision in court, and it will be able to continue operating in the city until the appeals process is exhausted. According to the Guardian, that process could take months. So while Uber drivers’ jobs are in jeopardy, they will still be able to work for a while, and, in the case that Uber wins an appeal, might never lose their ability to work at all.

London Mayor Sadiq Khan endorsed the decision by Transport for London, and specifically used language that encouraged the presence of companies like Uber but warned that they must hew to local regulations if they want to stay.

“I want London to be at the forefront of innovation and new technology and to be a natural home for exciting new companies that help Londoners by providing a better and more affordable service,” Khan said. “However, all companies in London must play by the rules and adhere to the high standards we expect — particularly when it comes to the safety of customers.”

But it’s not just London: These sorts of accusations have plagued the company in a number of cities around the world — and experts warn that if Uber doesn’t get a handle on it, it could pose a serious threat to its long-term prospects as a company.

“Uber has been betting that its popularity with users will force regulators to excuse its illegality,” Benjamin Edelman, a professor at the Harvard Business School, wrote to me in an email. “But as Uber’s problems worsen, regulators feel emboldened to proceed and rightly sense that it’s particularly urgent for them to do so.”

London has a long list of complaints against Uber

London’s regulators cited Uber’s lax handling of allegations of sexual assault of passengers by Uber drivers as one of the reasons it decided not to renew Uber’s license. London police investigated 32 Uber drivers for rape or sexual assault of a passenger between May 2015 and May 2016, according to Freedom of Information Act data obtained by the Sun.

In August, the Sunday Times obtained a letter by Inspector Neil Billany, head of the Metropolitan police’s taxi and private hire unit, that claimed Uber had chosen not to notify police after being made aware of criminal activity among its drivers on more than half a dozen occasions.

Uber’s general manager for London Tom Elvidge immediately responded to those accusations in a blog post, saying that Uber partners with local police to respond to complaints but that it “does not routinely report incidents retrospectively to the police on behalf of others — we advise those involved to make a report themselves and then assist the police with any subsequent enquiries.” In other words, it’s the victims’ responsibility, not Uber’s, to report sexual assault allegations against Uber drivers to the police.

London regulators also asserted that Uber does not hold its drivers to the same standards when it comes to medical and background checks that regular taxi companies do. Experts say Uber’s less intense scrutiny of drivers’ criminal and medical backgrounds gives the company a substantial edge over standard taxi companies.

Fred Jones, who oversees Uber’s operations in a number of cities across the UK and Ireland, pushed back on that claim, telling the BBC that Uber drivers have to pass the same safety checks as black cab and minicab drivers in London.

Regulators also expressed concern over Uber drivers’ potential use of Greyball, a controversial software program Uber has used as far back in 2014. Although Uber claims the software was created to flag users who violate the company’s terms of service, a New York Times report earlier this year found that the company had also used the software to “identify and circumvent officials who were trying to clamp down on the ride-hailing service.”

Jacob Kirkegaard, a senior fellow at the Peterson Institute for International Economics, told me there are also concerns that the software could be used to shield the company from being tracked by the city for its compliance with labor laws, such as how many hours drivers are operating on a daily basis.

In response to the Times report, Uber maintained that the software was only used for protecting the company from users violating its rules — and suggested that city regulators searching for Uber drivers were the ones out of line.

“This program denies ride requests to users who are violating our terms of service — whether that’s people aiming to physically harm drivers, competitors looking to disrupt our operations, or opponents who collude with officials on secret ‘stings’ meant to entrap drivers,” Uber said in a statement.

Uber is a disruptor, and it’s going to keep facing challenges

Kirkegaard acknowledges that Uber has many problems in the ways it operates but believes the city’s decision was driven largely by the taxi lobby. “The big underlying dynamic is that the city government has decided to cave or protect the black cabs in London,” he said. The city’s licensed taxi drivers have put pressure on officials to regulate Uber more heavily — and reveled in the city’s new decision.

“Since it first came on to our streets Uber has broken the law, exploited its drivers and refused to take responsibility for the safety of passengers. This immoral company has no place on London’s streets,” Steve McNamara, general secretary of London’s Licensed Taxi Drivers Association, told the Guardian.

Some analysts say the heart of the issue is how Uber sees itself as a company. Lawrence Mishel, president of the left-leaning Economic Policy Institute, told me the main issue is that Uber’s fundamental ethos is that it sees itself as above the rules.

“It’s long been clear that Uber’s philosophy has been to be a corporate bully,” he said.

“When Austin, Texas, required Uber to do more background checks on drivers, Uber pulled out of the city — and eventually came back after getting the Texas legislature to overrule the city,” Mishel said, referring the company’s sizable lobbying operation in the state.

Uber has faced legal challenges over its practices in cities in other the US, including in New York and its home city San Francisco, as well as in countries such as France and Germany. But London’s refusal to renew its license is a big development that could give it pause about the costs of the way it does business.

No, Joe Biden did not mysteriously gain 138,000 Michigan votes all at once