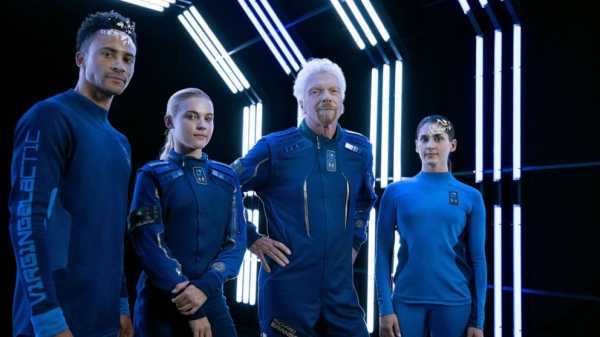 Virgin Galactic and Under Armour unveiled the first spacesuits “for the masses” on Wednesday, as companies work to capitalize on the new frontier of commercial space tourism.

The spacesuits were modeled by Virgin Galactic’s founder Sir Richard Branson and others in a special “zero gravity, vertical catwalk,” in New York City, the company announced in a statement.

Spearheaded by Branson, Virgin Galactic is working to develop commercial spacecrafts to cater to the future industry of private space travel and tourism. 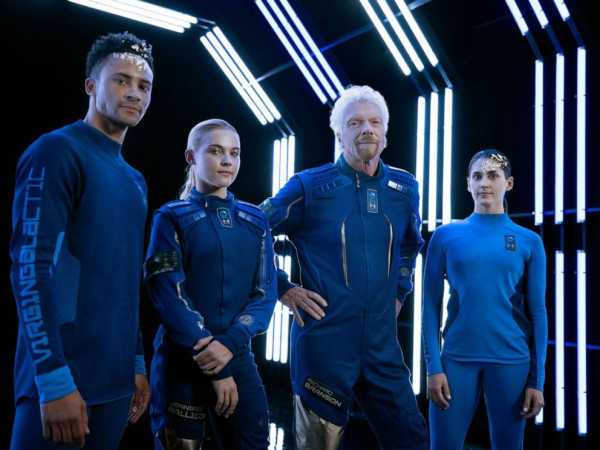 “Spacesuits are a part of the iconography of the first space age; our visual impressions of human spaceflight and what astronauts wear are inextricably linked,” Branson said in a statement. “Requirements for astronaut spacewear as we enter the second space age are evolving, but the design challenge has not diminished.”

The British business magnate added that the results that sportswear maker Under Armour came up with “surpassed our expectations.”

“I love the way the spacewear looks and I love the way it feels,” he said. “I also love the fact that the next time I put it on, I will be on my way to space.” 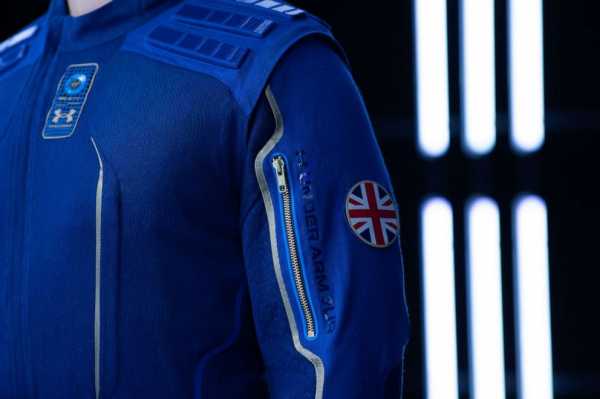 The spacesuits are the first collection of its kind ever made specifically for private astronauts, according to the company. The full suit is comprised of footwear, a base layer, spacesuit, training suit and jacket.

(MORE: SpaceX unveils Starship, to transport humans to the moon and Mars)

The outfits are made out of flight-grade fabrics with extra cushioning in the elbows, knees and feet. The materials have been lab-tested in conditions that mimic “all stages of spaceflight,” according to Virgin Galactic.

(MORE: NASA working on an ‘amphibious robot’ that can fly, swim and roll to explore outer space)

Under Armour’s CEO and founder described the suits as a “unique twist on the classic spacesuit utilizing both existing and new UA technologies to define space gear for the future.”

“It is an incredible opportunity to showcase our key performance innovations in space at the highest level and continue to push the limits of human performance,” Plank added in a statement. 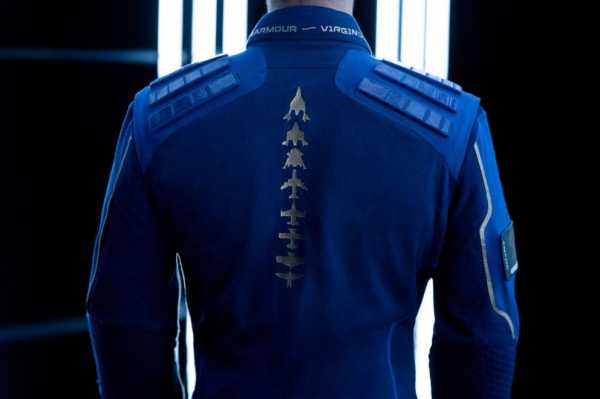 While they are not currently available for individual sale, they will be worn on Virgin Galactic’s test spaceflights.

Virgin Galactic has previously said that 600 people have already put down a deposit for their tickets to space, which are $250,000 a person. The company said it expects to send its first space tourists in 2020.

99 years ago today, one of America’s worst acts of racial violence took place in Tulsa