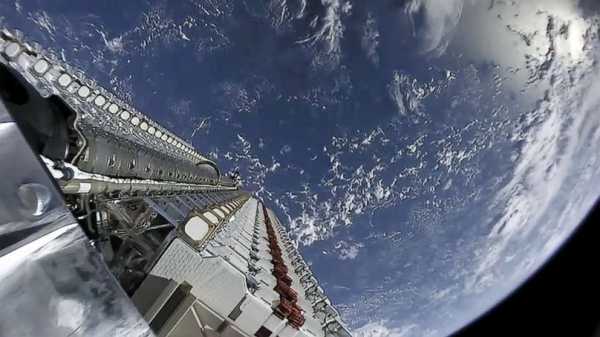 Add SpaceX as an interest to stay up to date on the latest SpaceX news, video, and analysis from ABC News.

“Enabled by a constellation of low Earth orbit satellites, Starlink will provide fast, reliable internet to populations with little or no connectivity, including those in rural communities and places where existing services are too expensive or unreliable,” SpaceX said in a statement announcing the launch.

The launch began at 9:56 a.m. ET on Monday at Cape Canaveral Air Force Station in Florida and was livestreamed on SpaceX’s website. The satellites launched from a SpaceX Falcon 9 rocket.

Approximately an hour after liftoff, SpaceX confirmed that all 60 Starlink satellites successfully deployed. 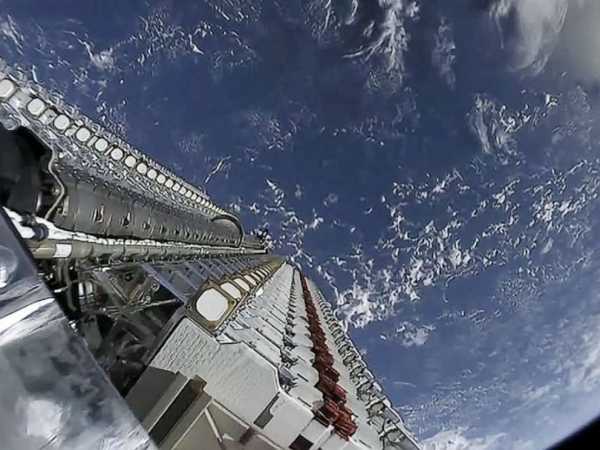 (MORE: SpaceX unveils Starship, to transport humans to the moon and Mars)

Monday’s satellite launch is the “heaviest payload to date, first re-flight of a fairing, and first Falcon 9 to fly a fourth mission,” the company said in a tweet prior to the launch.

The Starlink mission aims to provide internet in the northern U.S. and Canada in 2020 and expand to “near global coverage of the populated world by 2021,” according to SpaceX’s website.

Shortly after the May launch, the American Astronomical Society issued a statement of concern over “the impending deployment of very large constellations of satellites into Earth orbit.”

“The number of such satellites is projected to grow into the tens of thousands over the next several years, creating the potential for substantial adverse impacts to ground- and space-based astronomy. These impacts could include significant disruption of optical and near-infrared observations by direct detection of satellites in reflected and emitted light; contamination of radio astronomical observations by electromagnetic radiation in satellite communication bands; and collision with space-based observatories,” the statement said.

Musk has responded to the claims on Twitter, saying, “Starlink won’t be seen by anyone unless looking very carefully & will have ~0% impact on advancements in astronomy.”