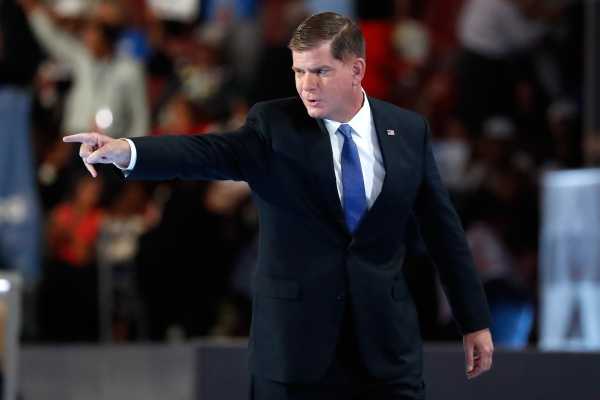 US Labor Secretary Marty Walsh told Reuters on Thursday that gig workers should be treated as employees. Having President Joe Biden’s top labor official say so is a welcome development for this class of workers — including drivers for Uber, Lyft, and DoorDash — which has long sought this distinction but has so far been unsuccessful.

“These companies are making profits and revenue and I’m not (going to) begrudge anyone for that because that’s what we are about in America … but we also want to make sure that success trickles down to the worker,” he said.

A national decision on who is and isn’t an employee could have broad implications for the US workforce, of which approximately a quarter to a third, depending on the estimate, could be considered a contract or gig worker. Being considered an employee guarantees workers a number of benefits, like guaranteed minimum wage and overtime, that contract workers don’t have.

Gig workers have long complained about unfair working conditions, from making less than minimum wage to lack of health care, and straight-up exploitation. After a long battle by labor activists, New York City passed the first minimum wage legislation for Uber and Lyft drivers in 2018. During the pandemic, gig economy workers have been especially hard hit.

The labor fight to make gig economy workers into employees suffered a huge blow last fall in California, where many of the gig economy companies are based, with the passage of Proposition 22. The ballot initiative, which was written by Uber, Lyft, and DoorDash, among others, effectively declared ride-hailing drivers independent contractors, but did provide them with minor protections. Prop 22 overturned previous state legislation, Assembly Bill 5, which had ordered gig companies to prove workers’ jobs were outside of their core business, in order to consider them contractors. Ride-hailing service Uber famously said its drivers were not part of its “usual course” because it was a tech platform for “digital marketplaces” and not primarily an employer of drivers.

Gig companies spent $200 million lobbying for the passage of Prop 22, a sum that makes sense when you consider that analysts estimated making drivers employees would cost Uber an additional $500 million and Lyft $200 million each year. Employees can cost employers 20 to 30 percent more than contract workers, according to estimates from the Economic Policy Institute.

The labor secretary helps set guidelines for how workers are treated. It’s unclear if the Department of Labor will institute new policies about how to classify workers, but at the very least, the secretary’s statement signals that the Biden administration is thinking about the issue.

The outsize importance of SNL, explained by the Elon Musk hosting controversy

Trump’s new communication tool is more like a blog

Donald Trump won’t be coming back to Facebook anytime soon